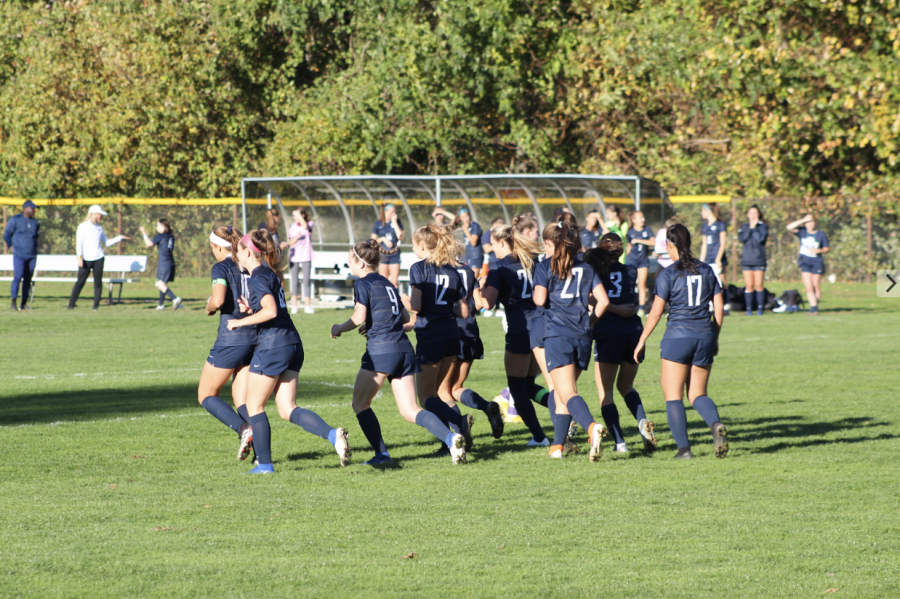 In a one sided match, the Staples girls’ soccer team shutout the visiting Westhill High School by a score of 7-0 on Wednesday, Oct. 23. Being senior day for Staples, they hoped to dominate and did nothing less in this shutout match. The result was helped by a stellar performance from captain Reese Sutter ’20, who had  4 assists.

Staples started hot, with their first goal coming just four minutes in by Captain Mia Gonzalez ’20 unassisted. Throughout the course of the game the Wreckers were able to maintain possession and dominate on offense.

Marlo Von der Ahe ’20 scored the next two goals, the second of which coming off a corner kick from Sutter, advancing the Staples lead to 3-0.

The last goal of the first half came on another corner kick this time scored by Hayley Roraback ’22.

“We got off to a good start in the first half and we were able to continue it in the second,” Sutter said.

To top off senior day, Marisa Shorrock ’20 scored with four minutes left off an assist by Van der Ahe.

“I thought we got off to a good start and it helped us to come away with this win, Charlotte Barnes ’21 said.”

The Wreckers performance was one of the best of their season, but the team still feels they have room to improve.

“We played well but we will have to play quicker if we want to beat New Canaan on Friday,” Zhang ’21 said.

In their next game, the Wreckers will face off against the New Canaan Rams at 3:30 at home on Oct. 25.