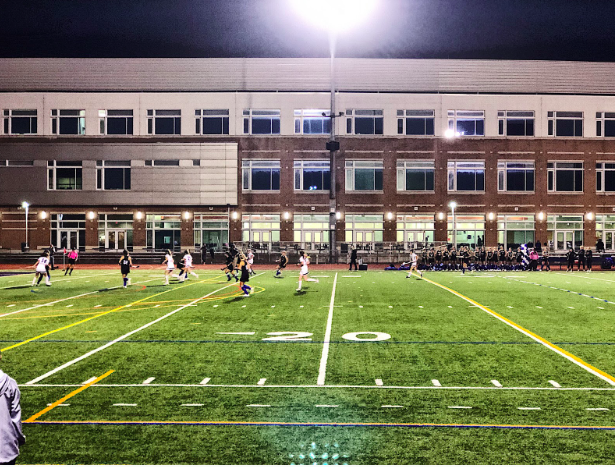 After an undefeated season, Staples girls’ field hockey suffered their first loss against Darien on Nov. 1 in the FCIAC playoffs with a final score of 2-1.

“It was a close game,” Staples Athletic Director Marty Lisevick said. “But this team (Staples) is strong, I’m confident they’ll come back during states.”

After already defeating Darien earlier in the season, Staples began the game strong keeping the ball off their side for the majority of the first half.

Kyle Kirby ’20 scored her 25th goal of the season to put Staples ahead 1-0. “It’s not about the number of goals, but more about just getting the ball, shooting and scoring,” Kirby said.

Darien grabbed a 2-1 lead after scoring another goal within the first 10 minutes of the half, making the score 2-1. Staples fought hard to push back, gaining three penalty shots, but Darien goalie Catherine Vogt saved all three attempts.

While Staples may have lost FCIACs, they are still competing for the state championship. On Nov. 9 the girls defeated Norwalk 1-0 in the quarterfinals.

The Wreckers will play in the semifinals on either Nov. 13 or 14 in a possible rematch with Darien.

“It’s never over,” Maisie Dembski ’20 said. “The teams we play during states better watch out.”