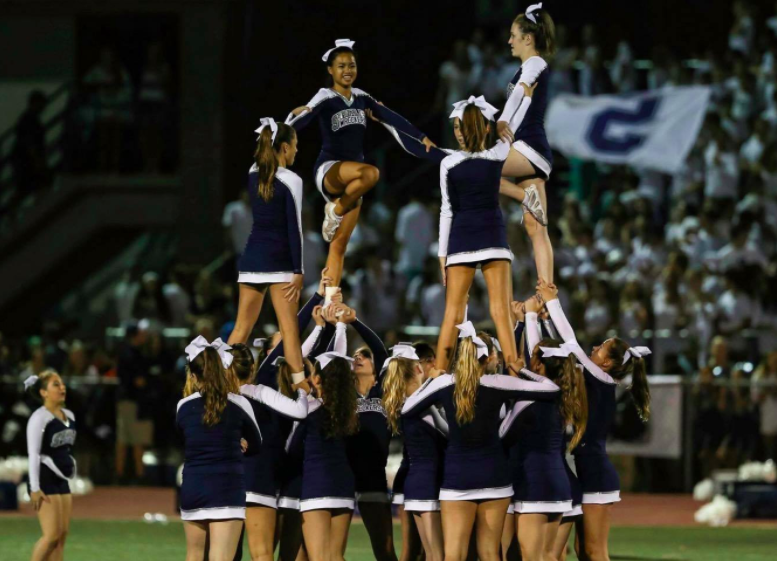 Head cheerleading coach Jeannie Holst and assistant coach Linda Guddemi stepped down from coaching, following the 2016 2017 cheerleading season. Both Holst and Guddemi left the team to pursue other job opportunities outside of the state.

Jenna Doran ’18, a member of the cheerleading team, noted many coaching changes throughout her time on the team.

“All of our coaches were young and they had opportunities for other things in their life,” Doran said. “Except Jessica Harding.”

According to Doran, former head coach Jessica Harding was fired due to her “incompetency” to coach a team and often left the captains running practices.

During Doran’s freshman year, Harding was fired while Guddemi filled in until new coaches were found. After the football season, Devin Zayas was named head coach and Holst and Guddemi were assistant coaches. After Doran’s sophomore year, Zayas left the team and Holst was made head coach.

Nevin Gordon ’19, member of the cheerleading team, felt Holst was “dedicated” to the team and she wanted to “make us look our best.”

“Holst devoted many extra hours aside from our regular scheduled practice to meet with us, and to prepare for upcoming events such as games, pep rallies and competitions,” Gordon said.

Positive remarks were made about Guddemi, as well.

“Guddemi was the best because she was experienced, patient and calming. She was there for the team ever since my freshman year,” Doran said.

The athletic department started searching for a new coaching staff and has narrowed down applicants, but has yet to name a head coach or assistant coach, according to Gordon.