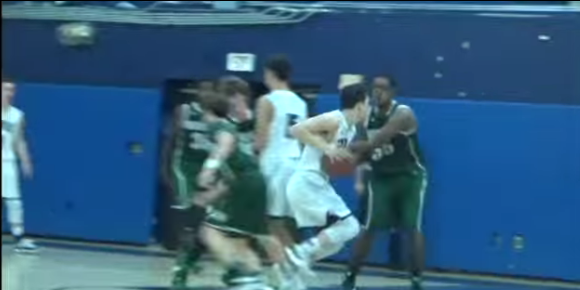 On Wednesday night, the Staples boys; basketball team took another step toward its season long goal of qualifying for the state tournament by beating the Norwalk Bears 64-52.

Fueled by 22 points from point guard Justin Seideman ’17, the Wreckers broke away with a fourteen point halftime lead and didn’t trail for the rest of the contest. While Seidman’s statline stands out, the team’s unselfishness proved key, as the majority of the Wreckers points came on easy shots off of assists.

The Wreckers have been fighting for their playoff lives since the beginning of the season, in which they lost five straight games in CIAC play. With a minimum of eight wins needed to qualify for the state tournament, the players have been even more determined to eke out positive results for the remainder of the season.

“We always keep states in mind, but we’ve been taking each game one at a time,” point guard Jared Vishno ’16 said. “We have a bunch of winnable games coming up and we need to make sure we close those out with wins and take momentum into the postseason”.

While for seniors this season is their last chance at competing on a state level, younger members of the team hold an equal stake in their success.

Junior Ben Casparius ’17 thinks that unity will be crucial for a successful postseason run.

“We really want to make the tournament and be successful. It’s all about working together as a team and staying focused on the next game.”

The Wreckers face Darien at home on Friday, and will look to continue their momentum in the matchup at 7 PM.