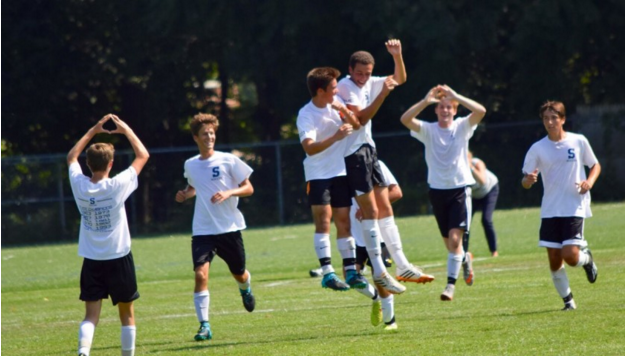 Despite the Staples boys soccer team’s season ending in a state playoff defeat earlier this fall, many senior members of the team are determined to continue their passion for the sport as part of Westport’s travel team.

In the aftermath of their penalty shootout loss against Hall, the players agreed to take part in the spring-time team in order to both stay together and pursue an elusive state championship, albeit at a lower level.

One of this year’s captains, Kenji Goto ’16, says that travel soccer gives the seniors a last chance to play together before graduating, while also being more flexible in terms of scheduling.

“Travel soccer doesn’t have the commitment level of a premier team, but we still get to compete and try to win a state championship,” Goto said.

The team will be made up of both former varsity soccer players and a handful of non-high school players, while being coached by team members’ parents.

“The travel teams aren’t as competitive as the high school league but definitely have some good players,” Josh Berman ’17 said. “But the lack of competition is made up for by the amount of fun it is.”

The head of Staples soccer program, Dan Woog, thinks that travel soccer is a great outlet for kids who hold a passion for the sport.

“I think it’s fantastic that they love the game so much that they’re forming their own team,” Woog said, adding that, “It’s a great idea, and it could be a blueprint for the future. I can’t wait to see them play.”