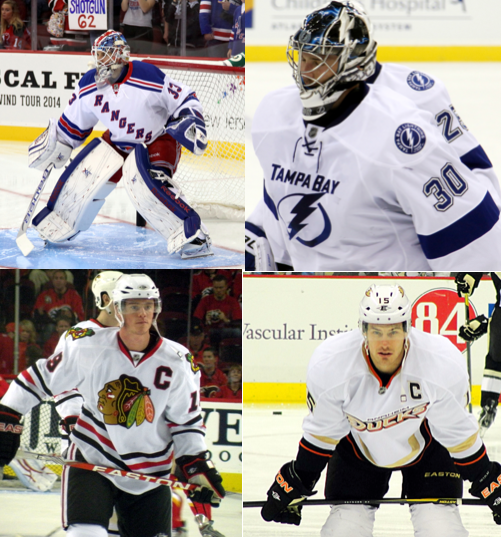 For many people, May is a sign that summer is coming; however, for hockey fans, May means one thing: the Stanley Cup playoffs.

What started as a 16 team tournament has been cut to four teams, with the Eastern Conference Finals featuring the New York Rangers and the Tampa Bay Lighting. The Rangers are fresh off an overtime game seven victory over the Washington Capitals after a Derek Stepan goal with 9:36 remaining in overtime. With many Rangers fans around the school, the buzz has been palpable.

“Its just great to be a Ranger fan right now, the team has come together and it’s really fun to watch. Every line on the team can produce a goal at any moment,” said Ranger fan Matt Johnson ‘16.

However, the Lighting are feeding off some serious momentum as they look to surprise another team in the playoffs.

Meanwhile in the western conference,  the Chicago Blackhawks are currently facing off against the Anaheim Ducks. The Ducks are heavily favored, but in the Stanley Cup playoffs anything can happen.

The winners of each series will play each other in the finals and compete for the Stanley Cup.

As far as predictions for the winner, Johnson remains realistic even though he is Ranger fan.

“Honestly, as hard as it is to admit, I think Anaheim might take the cup,” said Johnson. However, they’re going to have to steal it from the Rangers.”