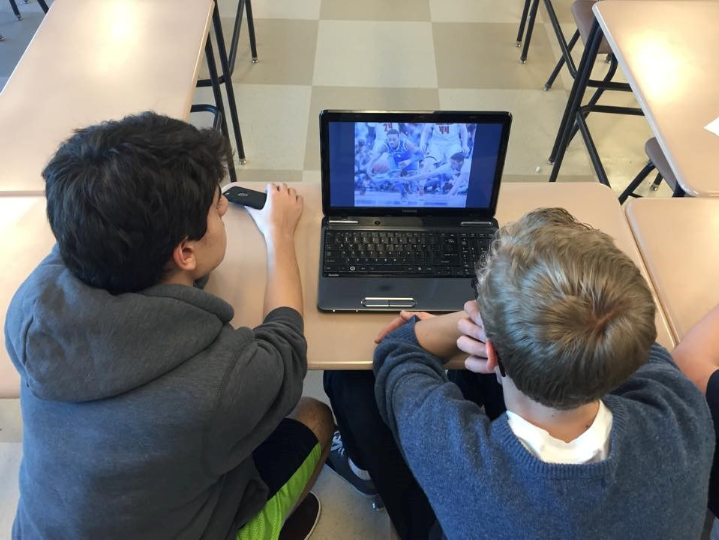 While March may seem like a normal month for most students, many college basketball fans around the school can hardly contain their excitement. It’s March Madness and the huge college basketball tournament has begun.
However, given how extremely unpredictable and heart-stopping the madness can be, following the basketball developments is very distracting for students.

“March Madness is one of the best sporting events,” Jackson Livingstone ’16 said. “However, because it happens during school, sometimes it makes school a little less important for those days, unfortunately.”
Some teachers allow their students to watch the games during the last couple minutes of class.

John Fincher ’16 remembers when his health substitute teacher allowed him to watch the end of the game in which Mercer upset Duke last March.
However, some teachers find the games to be disruptive. Therefore, in his other classes, Fincher has had to get creative in order to watch his favorite teams face off. “I have a phone case that pops my phone up so I can watch March Madness in class,” Fincher said.

Other students, like Livingstone, use the oldest trick in the book: hiding phones under desks and watching the games. However, Livingstone admits this strategy is easily discovered by teachers.

“Only the first Thursday and Friday of March Madness are during school and, considering the tip off for games isn’t until noon, the distractions only exist for about two hours for two days a year,” Bauks said.
Bauks has seen his fair share of students doing anything possible to watch the games.

“I saw a kid lean his chair back,” Bauks said, “and watch the hallway television.”