Wreckers gear up for opening game versus Xavier 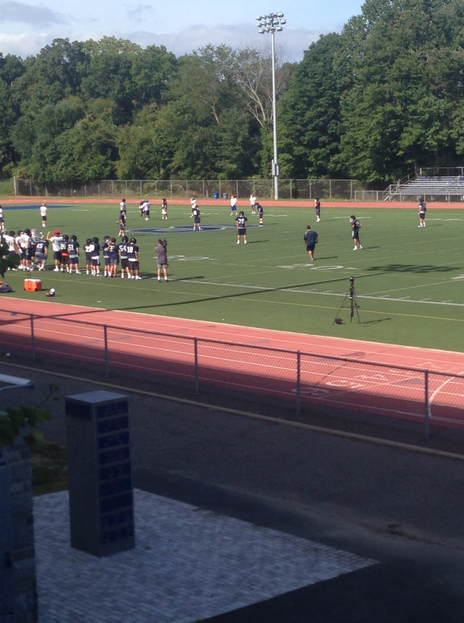 During a Sept. 10 practice, the Staples football team went through final preparations for Friday’s game.

On Friday night, football will return to Staples Stadium, with a crucial early season matchup for both Staples and opponent Xavier High School from Middletown, Conn. at 7:00 p.m under the lights.

Staples players can’t wait to get back in the game action.

“There’s no feeling like it, walking out of the locker room at game time down the stairs to a giant crowd of kids yelling your name, it’s surreal,” running back and cornerback Owen Burke ’15 said.

The magnitude of the matchup only increases the excitement. Quite possibly Staples’ toughest matchup of the year, the Falcons have a championship pedigree in their program, winning three straight Class LL state championships from 2010-2012.

“It’s an awesome way to start the year as we play Xavier…They’re a great team and it’s one of our biggest games of the year. It’s gonna be a great game and atmosphere and I can’t wait,” wide receiver Ryan Fitton ’17 said.

Coming off an 8-3 season, the Wreckers have established high expectations for 2014.

“At a program like Staples the goal is always to win an FCIAC and [the] state championship and that’s what we hope to accomplish,” captain Jake Melnick ’15 said.

In order to achieve these goals, Staples has been working out since the season ended last year.

“The team as a whole attacked the weight room with a new intensity. We’ve been lifting [and] conditioning since last December and coming in to watch film since March. Last year we felt as if we got overpowered physically and made too many mental mistakes so the off-season was all about correcting those errors,” Melnick said.

After a 30-22 loss last year in Middletown as well as a 42-7 loss in the 2011 state championship against Xavier, Staples hopes to finally knock off the Falcons at home and gain momentum going into the Sept. 19 game at Wilton.