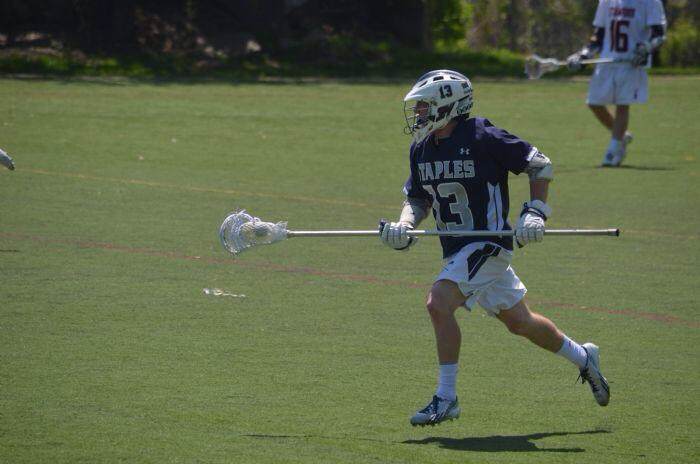 Varsity lacrosse player Colleen Bannon ’17 explains that there are major differences in the regular season of lacrosse and the summer programs.

“When you play for your school team you play because you want to represent your school and have fun with your friends while doing something you enjoy,” Bannon said.

On the other hand Bannon explains, “Summer teams are mainly for exposure and where you really have the opportunity to improve your game.”

On average, most athletes go to four to five tournaments or showcases every summer, where they play at elite levels with college coaches watching them

“For club, it’s very competitive and high skill, which I love, and you also get to play against top teams from all over the country,” Amelia Heisler ’15, who is committed to Lafayette College for lacrosse, said.

The coaches that follow these elite club teams even have “top prospects,” lacrosse player Tanner Wood ’17 said, whom they follow throughout the summer in order to recruit them.

“If a college coach is interested in you, there’s a good chance they will be watching you play from the sideline,” Isaac Paparo ’15, who is committed to University of Massachusetts for lacrosse, said.

These college coaches also fill the sidelines with specific ideas of the type of player they are looking for, in order to then contact the players who fit their requirements.

“They will have binders of every teams roster with our info on it, and they will put a mark by your name if they like you,” Heisler said.

If the coach is interested, they are allowed to then send a general email encouraging the athlete to attend their school’s camp for further evaluation.

Due to NCAA rules, Division I and II coaches cannot contact the athlete until September 1 of their junior year, so they usually contact the player’s summer coach who then can relay the information to the athlete.

However, these rules have not stopped college coaches from looking for earlier commits. Lucas Jackson ’15, who is committed to Loyola University for lacrosse, feels that this has increased even more in the past decade.

“Top Division I scouts and coaches have info on seventh and eighth graders, and can offer kids a commitment and scholarship before a kid even touches a varsity field his freshman year,” Jackson said.

Now the recruiting process has started in most athlete’s sophomore year, compared to in the past when it was the summer of junior year going into senior year.

“Last year was much more intense because it was like the prime time for getting recruited,” Heisler said.

Heisler’s teammate Paige Murray ’15, who is committed to ACC school Virginia Tech, said  “Every girl I’ve played with regularly through the years is committed on my team.”

As for Wood who is yet to be recruited, he is planning on playing his hardest for the upcoming seasons and is hoping to be verbally committed by the end of next summer.