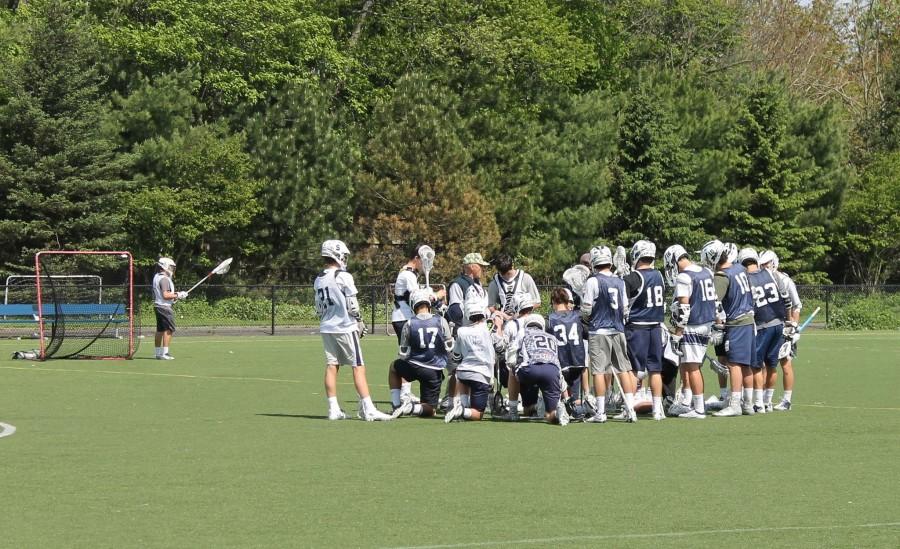 It is the same spiel every year. The coaches stand in front of the players and parents boasting about the excellence of the program and how only one thing will make it stronger: unity.

When it comes to the junior varsity and varsity teams, it seems as though only one measly word separates the two: junior. This, however, is not the case. To some this – degrading adjective “junior” that precedes the coveted term “varsity” can create a gap between the two teams that coaches endlessly try to close.

This separation is evident between the boys’ baseball teams. Evan Gilland ‘16, a JV player, has gotten used to the disunity.

“It’s not that we’re on bad terms with each other, it’s just that we don’t communicate,” he said. “Our difference in skill level has created two different cliques within the program.”

Some said they think that sports lacking program-wide chemistry should try to change. An athlete on the JV girls’ tennis team believes that mutual JV-varsity support is essential. “It makes the JV team feel like we lack potential sometimes when we don’t have the motivation or support from our upperclassmen,” she said.

One JV girls’ lacrosse player said that the varsity team always pushes for a unified program, yet there is zero connection between the two teams. “We both represent the same school and the same program,” she said. “The varsity girls will still have no decency to even acknowledge us if they see us in the halls.”

Some find that this lack of chemistry between teams varies with gender. Boys’ varsity lacrosse player Ethan Burger ‘17 believes that boys have less JV and varsity connection in sports because girls care more than guys about the social aspect of the sports programs.

Field hockey coach Kristin Schulz feels confident that her JV and varsity teams are connected. It’s her personal belief that cohesiveness will push the program further towards victory and that if the teams want to improve, they are both going to have to improve together.

She passes this idea on to her captains, who she expects to lead.

Field hockey Captain Elizabeth Coogan ‘14 said, “We tried to support each other by having rules regarding watching games. For each game, the varsity had to watch at least a half an hour of the JV and vice versa. That way, both teams were always on the sidelines for every game, for at least an entire half, cheering each other on.”

For JV player Ruth Kissel ’16, this team support system had a lasting effect. She said that the support coming from the varsity girls really helped motivate her during games. “Our varsity team was like our biggest fan,” she said.

Along with this, the girls all participate in program-wide activities together, such as Senior Day and Play for the Cure, which JV coach Jennifer Huettner thinks are excellent bonding experiences for the teams.

Many coaches aim to close this ever growing gap between the JV and varsity team. For those programs that are able to bond the two together, it is all fun and games for the season.

For those that are unable to build a relationship between the two teams, unity is nothing but a pipe dream.