Trash Talked on the Field and Court 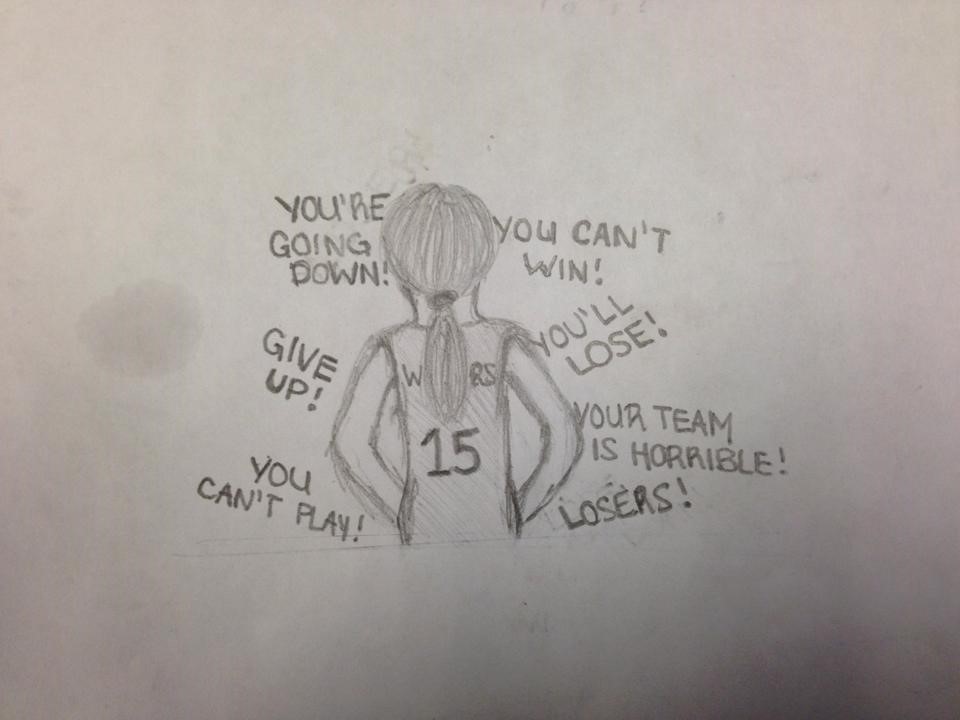 Dayna Gelman ’14 is racing around the basketball court, her eyes darting from her teammates to her opponents. She can hear her heart pounding, her sneakers squeaking on the floor, and the ball bouncing with every dribble.

Something else she hears pumps her adrenaline even higher: the trash-talking from both the bleachers and the court.

“We were playing Norwalk and one of the girls called me a B**** and a parent on the bleachers called me the C word,” Gelman said.

These jabs can be offensive. Nevertheless, the players at Staples stay positive and don’t let the insults get to them.

“I find it funny when teams start to trash talk because it’s not like them saying swear words is going to make us play worse. If anything, it makes us play harder and show them who’s boss,” Gelman said.

Todd Goldstein ’14 agreed and said that the opponents’ trash talking makes the team better because it makes the game more intense.

However, not everyone sees trash talking as a positive thing.

“I am not a fan of trash talk. It happens on the soccer field, but our players know that I don’t approve,”boys’ varsity soccer coach, Dan Woog, said.

Kate Lesch ’16 agreed that some people can be upset when they are insulted on the field or court.

But if trash talking can make people feel like garbage, then why do people do it?

According to Jack Massie ’14, “I think it’s more of a tool to try and give [people] the edge over their opponent.”

“I think people do this just to get into your head and to check you out of the game,” Graham Gudis ’16 said.

“I think people trash talk to let out their frustration,” Lesch said.

Goldstein said that people do it to pump themselves up for the game.

“I’m going to be honest I always say stuff to other people, especially in basketball. It kinda just makes you seem more intimidating, like I’m not going to back down to you,” he continued.

“For the most part we have a few guys on the team that will trash talk, but it’s only in retaliation,” Massie said.

In the end, nothing can really be done about trash talking when testosterone and estrogen levels are high in everyone’s blood. Lesch said that some people just can’t help it when they are frustrated.

“It’s a part of the game. No matter what you do, people will still find a way to do it,” Gudis said.