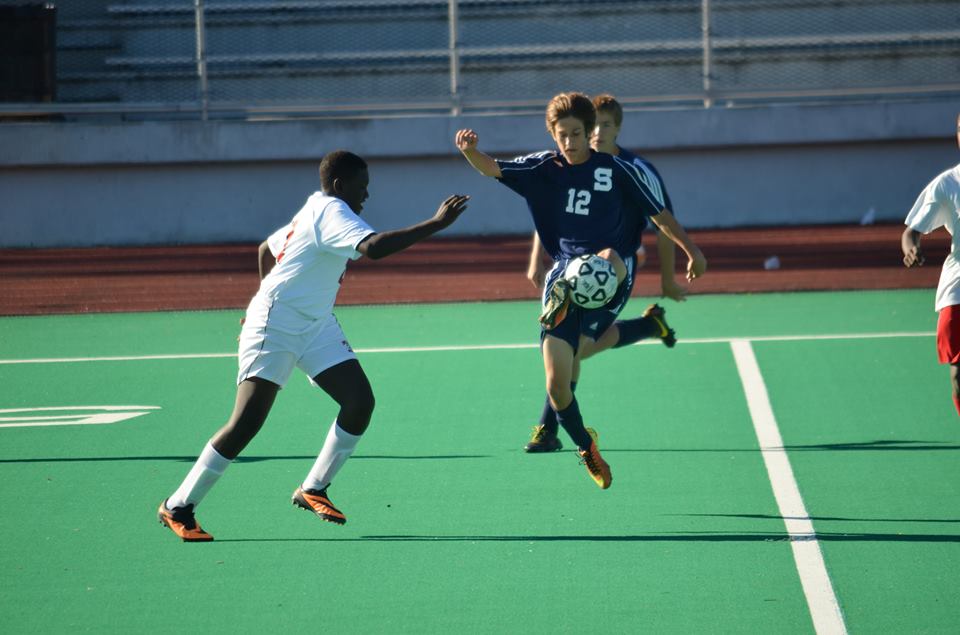 Finishing the season with a 12-0-0 record, the Staples boys’ freshman soccer team completed their season by wrecking every team they played.

Dan Woog, Staples varsity boys’ soccer coach and common attendee of the freshman games, kept a close eye on this team throughout the season, seeking out future varsity players.

“We are delighted to have another group of excellent players and great human beings coming through our program,” Woog said, adding that he was very impressed with the fantastic chemistry this group of boys had this year.

Spencer Daniels ’17, one of the captains of the team, also reiterated how strong the team’s bond was. “I have never gotten along with a group of 24 guys as well as I did with this team. If anyone observed one of our games, they would instantly be able to see our team chemistry and how well we worked as a unit,” Daniels said.

According to Griffin O’Neill ’17, a player on the team, even Coach Chris O’Dell told the players they had the best chemistry he had ever seen in his soccer coaching career.

At Staples, Chris O’Dell’s team has a reputation as the team that always runs more than they practice soccer. Woog is a strong believer in the way O’Dell conditions these boys. “Soccer is a game of fitness,” Woog said. “No one gets players fitter than Chris O’Dell.”

During the last game, O’Dell made a decision questioned by many of the parents on the sidelines. He began the last game with the players who sat on the bench for the majority of the season on the field. For the last quarter of the game, he subbed in his typical starting players all at once.

Josh Berman ’17, a starting player, was pleased with his coach’s decision to do so. “These players practiced as hard as everyone else and they deserved some well earned playing time,” Berman said.

Looking back on the season, Daniels adds one last statement as a freshman captain. “I am very pleased with our performance. We lived up to our potential and I am excited to see our team evolve and hopefully, go on to win a state championship for Staples.”