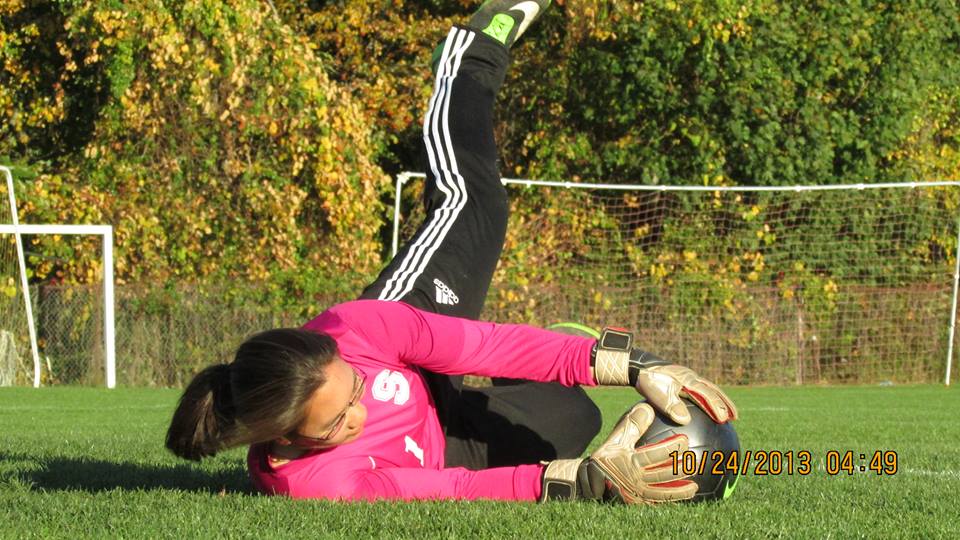 On Oct. 24th, the Staples girls’ soccer team rose to the occasion during their final home game of the season by defeating Trinity Catholic with a score of 8-0.

For the seniors on the team, it was their last time stepping onto Loeffler field and playing in front of their home crowd.

While a senior player, Sydney Crossfield ’14, was injured, she was still determined to play. On Oct. 22nd against Westhill, Crossfield got injured with a concussion and her chances of playing in today’s game were slim. “I thought going into the game that I wouldn’t even have the opportunity to step on the field,” Crossfield said.

Even though she did not get to play for the whole game, it will always be an unforgettable event.

“I really tried to take in the moment because it was last time being on the field with my teammates” Crossfield ’14 said.

The Wreckers struck early. In the seventh minute, Lydia Shaw ’17 scored to put Staples up 1-0 and the scoring did not stop there. Soon after was a strike by Lauren Garcia ’15, who scored from within the 18 yard box to give Staples a commanding 2-0 lead early into the first half.

Shaw scored her second goal of the game in the 17th minute, instantly followed by a goal from Tia Zajec ’17.

Staples retained possession of the ball for the majority of the first half, with goals by Paige Murray ’15 and Claire Lonergan ’17 to close out the half leading 6-0.

The second half started out with Staples retaining the control that they had demonstrated for the entire first half. The Wreckers had a full grip on the pace of the game and they dominated the possession of the ball.

Co-captain, Meghan Lonergan ’14, scored her first goal of the season in a dramatic fashion. She juked out one defender within the box and it was only her and the goalie to beat.

Caitlin Hoberman ’14 finished her last game with the final goal of the game, putting Staples ahead 8-0.

In other news, co-captain, Gea Mitas ’14, got injured in the 66th minute in a collision with Trinity’s goalie. She was going in to take a shot when she got slide tackled and taken out and therefore, she did not return to the game.

Staples finished their regular season with a record of 8-8, finishing third in the Central Division of the FCIAC.

Lonergan was very satisfied with the win.

“I think we played great and it really represented our season as a whole because we had lots of combinations and had a purpose which was to work with each other,” Lonergan said.