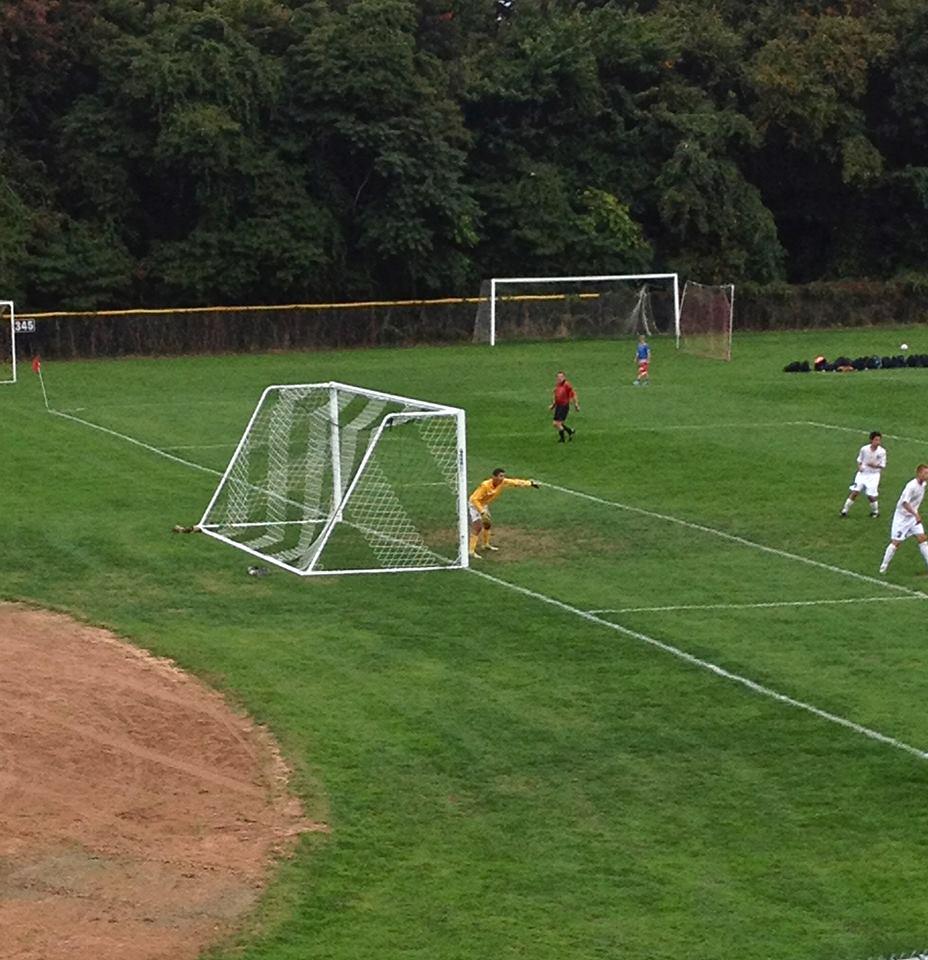 With his eyes constantly scanning the field and weightless feet ready to pounce, the Boys’ Soccer Team starting goalkeeper, Noah Schwaeber’16, stands in the net. He has lead his team in six shutouts out of eight wins and ten games so far this season.

Schwaeber has had an important pair of cleats to fill this year, replacing graduated All-American Staples goalie, James Hickok’13, who is now playing for Dartmouth College, and has clearly proved his legitimacy to the team.

Being a member of a varsity team as just a sophomore has kept Schwaeber motivated and on his toes. “It’s not an excuse. Just because I’m younger than most of the guys, I still need to do my job and get it done,” said Schwaeber.

Off the field, Schwaeber is a laid back, kind-hearted guy who gets along exceptionally well with his teammates, despite the minor age gap. Schwaeber explains that the vast amount of time the team spends together outside of soccer provides great chemistry when it comes time to take the field.

When that time approaches, Schwaeber puts on his game face, gets focused, and hopes for another victorious shutout for the Staples Wreckers. Schwaeber explains that acquiring a shutout takes an immense amount of communication, organization, and of course, saves.

Dan Woog, head coach of the Staples Boys’ Soccer Team, commends Schwaeber on his fine range, agile hastiness, and ability to remain “solid on high balls and fearless on low ones.”

One particularly unique characteristic that Schwaeber displays is the “ridiculous” amount of respect he has for his team. When talking about shutouts this season, Schwaeber granted a great deal of credit to his fellow teammates saying that, “the defense has been great all year with people stepping up and coming in big for injured players.”

He also conveyed high regard for his captains, Jack Scott ’14 and Diego Alanis ’14, who he said have done an amazing job in getting the team ready during offseason and ensuring that everyone is mentally prepared for each game. “I definitely look up to them two,” said Schwaeber.

Schwaeber is definitely a player to keep an eye on and plays a key role on the Staples Boys’ Soccer Team. “He understands what it means to be a great goalkeeper physically, tactically, and emotionally,” said Woog, “He has given us everything we have asked for.”