Football Players Tackle the ACT… The Morning After Homecoming 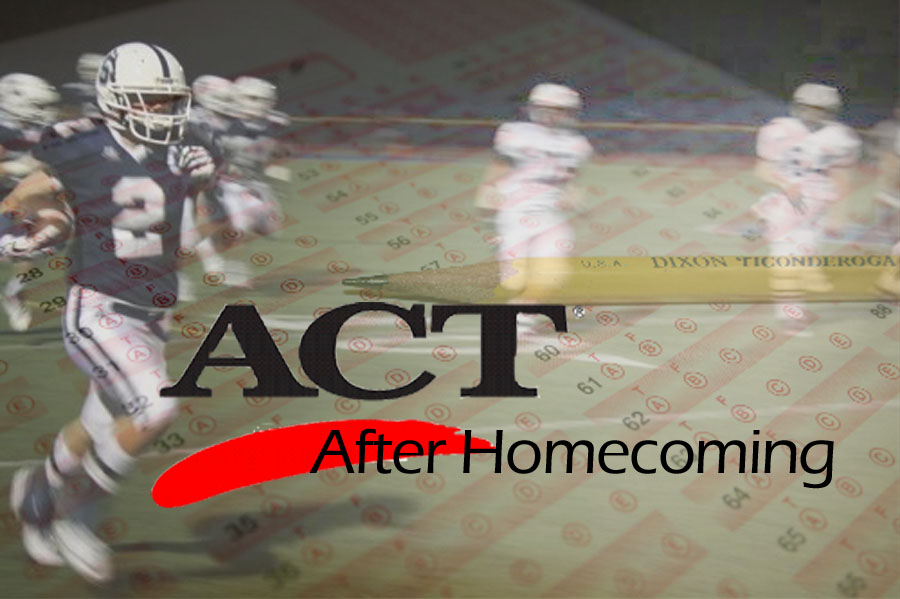 Although some players must take ACTs the day after homecoming , they will remain focused on the game and prepare for the tests with a good night's sleep.

Nick Ward, ’14, is among the students who signed up for the test, not realizing it was the morning after the big game. “I think it’s just a pain to wake up the next morning, [but] it won’t stop me from having a great homecoming game,” said Ward.

Varsity Football Coach Marce Petroccio doesn’t expect his players to be affected on the field. “The kids are going to be focused on the game. Then the game will end and they’ll focus on the test,” said Petroccio.

Giving his players some early advice, Petroccio said, “I’ll say the same thing I say after every game. Go home, shower, get something to eat and get to bed early.”

Another test taker and football star, Patrick Lesch, ’14, agrees with his coach. “My plans after the game really haven’t changed at all to be honest. We are in season and take it very seriously, so it is like any other Friday night in the season to me,” said Lesch.

Peter Blevins, ‘14, compared his ideal night before the test to reality. “I think I’ll end up going to bed later than I wanted to, but I’ve been preparing for this test for so long now that I don’t think it’s going to have a major impact,” said Blevins.

Staples guidance counselor Bill Plunkett provided his advice to students. “Homecoming is an important high school tradition and should be enjoyed … but that doesn’t mean you can’t go home and get a good night’s sleep afterward in preparation for the test the next morning.”

Confident that Staples will have a great homecoming game despite the fact that players are testing the next day, Lesch encourages fans to come to the game. “It’s the first Friday night homecoming in history so we’ve got to get a big crowd and make the most of it for our first home win of the season,” said Lesch.