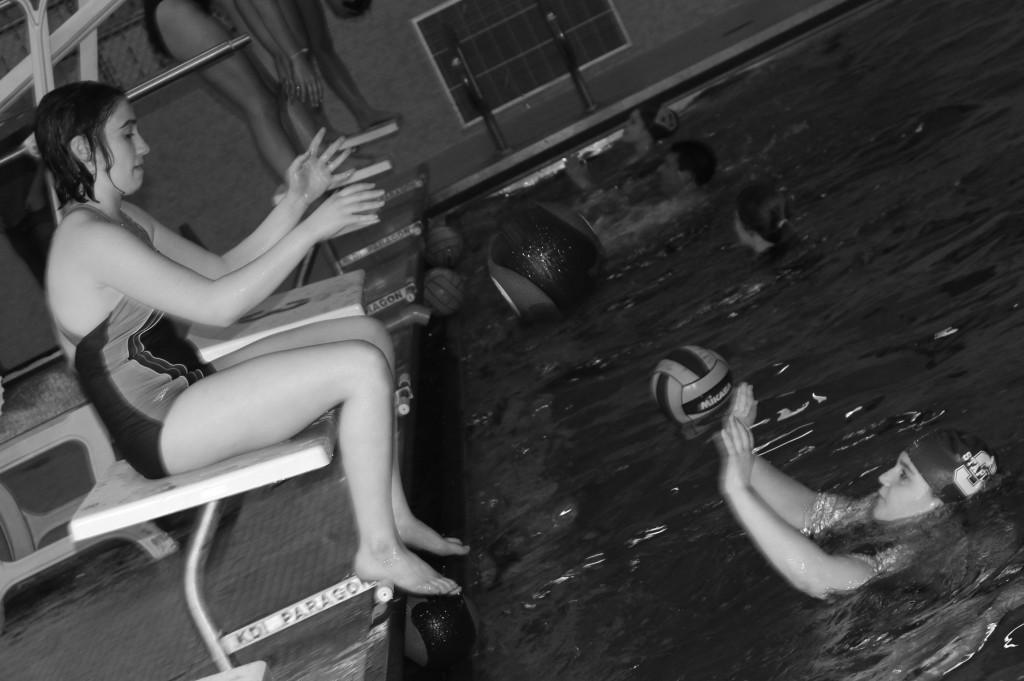 Have you ever tried treading water in a six-foot deep pool for an hour while balls fly toward your face, all the while being attacked by four vicious girls from the opposing team? For the girls on the Staples Water Polo team, this is nothing new.

“You can practically get drowned, and the referee won’t call a foul as long as you’re holding on to the ball,” Laine Crowder ’15 said.

Girls Water Polo may not be the most well-known sport at Staples, but it’s definitely one of the hardest. It requires a great deal of physical strength, speed and coordination.

Practice starts at 2:30 with a 30-minute swim. Then, the team passes the ball around to loosen their arms. To warm up their whole bodies, the team works on distance passing. Leg workouts are important to improve treading water, and, to help the goalies warm up, the team takes practice shots on the goal. For the last hour of practice, the girls scrimmage and work on strategies like driving and corner shots. Practice goes from 2:30 to 5:00 every weekday, and unlike most sports, the team also practices from 8:00 to 10:30 a.m. on Saturdays.

“Next year, we would like to spend more time on conditioning and introduce more advanced techniques and plays,” assistant coach Brandon Arias said. “We are going to do some serious conditioning for next year’s season,” Sophie Mafilios ’15 added.

Many of the girls were on the fall swim team, which contributed to their pre-season conditioning. The girls also had practice with boys to prepare them for the season.

According to Angus Armstrong ’13, one of the assistant coaches, the girls won their first game of the year, 13 to 9, with Captain Sarah Cooperman ’13 scoring nine goals against SuffieldAcademy. They also won the Hopkins Tournament, which is their traditional end-of-season tournament.

However, the girls value their team progress more than their record.

“If at the end of the season we can look back and say that each player demonstrated an increased understanding of the game and grasp of the fundamentals, then we’ll look at the season as a success,” Arias said.

Although the Water Polo program has been around for over ten years, many students still aren’t aware of or do not know much about Girls Water Polo. Staples and Greenwich High are the only two public high schools with water polo teams.

“We don’t really have Monday night water polo like football does, and the sport doesn’t tend to get that much attention on a national level unless you’re specifically looking for the latest water polo news,” Cooperman said.

With the rise of Water Polo at Staples, the girls hope more people will join next year.