The Next Level: Spring Athletes Commit to Colleges 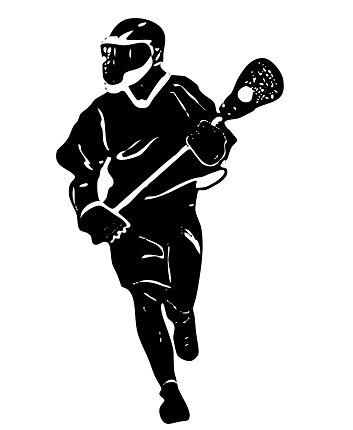 For Quinn Mendelson ’13, scenes of recruitment played in his head since the day he picked up his stick and found his love for lacrosse.

“When I was younger, people used to ask me what I want to do when I’m older, and I’d respond by saying I want to play college lacrosse and find Atlantis,” Mendelson said. “Not a bad life plan.”

Luckily, this four-year varsity player and two-year captain will continue his journey to BostonUniversity next year, where he will join their new Division 1 lacrosse program. As for Atlantis, we’ll have to wait and see.

Not all athletes have the luxury of knowing that continuing their sport was part of their life plan so early. Instead, most student athletes commit to schools at the end of junior year, or at the beginning of senior year, or once they are definitely sure that they won’t get sick of their sport.

After Alli April ’13 decided she wanted to pursue her lacrosse career past high school at the end of her junior season, she diligently went to work on the recruitment process.

“I had it narrowed down to three schools whose coaches were interested in me,” she said. “Of those three, I liked MuhlenbergCollege the best, and finalized my choice after doing an overnight and meeting with the coach.”

April’s process was a rather short and efficient one, but sometimes getting recruited by schools can take months on end.

“I committed for lacrosse, and that process was long and annoying, but it worked out in the end,” said Joey Zelkowitz ’13, who will be playing for MiddleburyCollege next year.

His process was different; he was offered a position on two teams. After meeting with Middlebury’s football coaches, he decided that he will walk onto the football team in the fall.

“I’ve always had that scorched earth mentality,” said Lance Lonergan ’13, a UnionCollege lacrosse commit. “Expectations are a little higher because now you have that school being mentioned when you are playing, so you want to represent it well.”

Ryan Kirshner ’13, a girls’ lacrosse captain who committed to ColgateUniversity during her junior year, explains the importantance for her to step it up a notch this year.

“My role is a lot more important this year because we lost very important seniors, four of whom were committed to D1 schools, and we have a very young team,” she said. “I am the only Division 1 commit this year.”

Some athletes feel expectations are the same; just because they chose to continue the sport in at a higher level, they don’t feel pressure from fans, players, or coaches of current and future teams to play any differently.

“I am the only one raising my own expectations,” said Henry Wynne ’13, who has committed to the University of Virginia for track. “But all of the coaches do like to see me perform well, of course.”

It’s generally believed that those committed to schools for sports get more playing time, due to their extraordinary talent. However, this is not true necessarily, since the goal behind each of the Staples spring teams this season is to go all the way and come home with championships.

“When it comes down to it, the kids who give the team the best chance to win are going to be the ones on the field, no matter who is going where,” Patrick Lesch ’14, said a junior commit to Dartmouth College for lacrosse.

As the season unfolds, all senior athletes will be gearing up and giving it their all to Staples athletics one last time. Right now, future plans are on pause as these athletes work hard to achieve their common goal of having fun while achieving many victories.

“Regardless of what I was going to do next year, I planned on having a great senior season,”  saidChris Speer ’13, a baseball commit to TrinityCollege as of late December.

After all, this will be a season to remember.