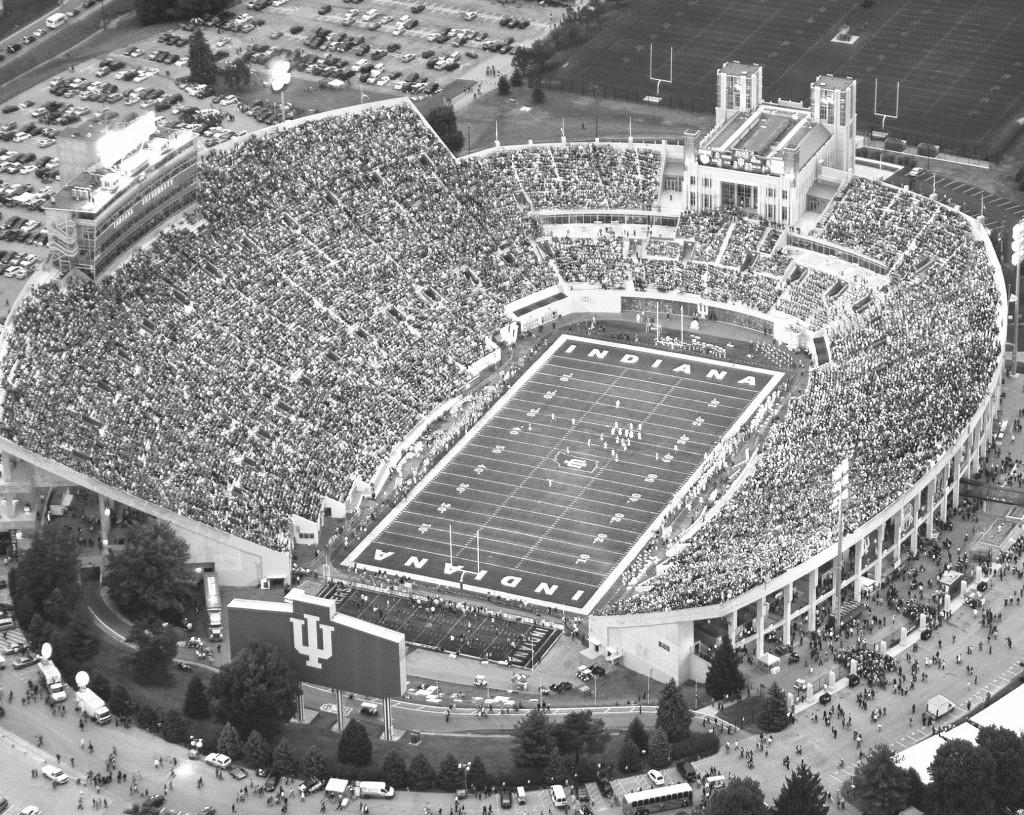 To Staples students, there is nothing like playing football in front of hundreds of screaming students and parents. Charlie Emerson agreed‑-until he played his first game in front of 110,000 raucous fans at Indiana University.

After starting for three years as an offensive and defensive lineman for Staples, Emerson became the fourth player under head coach Marce Petroccio to receive a Division 1 scholarship. Emerson faced top teams like Michigan and Ohio State while playing for the Hoosiers at Indiana University

“What really sold me about Indiana was playing in one of the premiere conferences in the country as well as getting away from the East coast to a place with people from all different backgrounds,” Emerson said.

Initially leaning towards playing at UCONN, Emerson decided to head to the Midwest after visiting the Indiana campus and seeing kids from all different types of backgrounds. For the 2002 graduate, a new scenery is what Emerson was looking for when deciding where he wanted to play.

“I loved playing at Indiana because the kids there loved the game of football as much as I did,” Emerson said. “It was incredible playing in front of a crowd of hundreds of thousands of people,” Emerson said.

After earning the 2002 Connecticut Post Defensive MVP in high school, Emerson earned major recognition around the country after a stellar senior season in which he set a school record with 17 sacks and led the Wreckers to its first state championship in school history.

The Wreckers’ football program impact on Emerson can be seen in the production he had during his four years with the Hoosiers.

After playing mostly defensive end as a sophomore in Bloomington, Emerson was moved to offensive tackle where he started 11 of the team’s 12 games in 2006.

Unlike most, Emerson did not have a difficult time adjusting to football in the Big 10. Crediting Coach Petroccio, Emerson remembers that the transition to D1 football was not hard because of the experience he gained at Staples.

“Staples proved to be a big help in making me a Division 1 athlete because Coach P runs such a disciplined program. Playing at Indiana was not overwhelming because it was just like playing at Staples,” Emerson said.

Things got even better for Emerson during his senior year. Starting in 10 games, the Staples grad helped Indiana average 157.4 yards per game on the ground and 393.8 yards of total offense, each the highest averages since 2001.

Looking back on his four years at Indiana, Emerson recounts what his fondest memory as a Hoosier.

“My favorite memory playing at Indiana was when we hit a game winning field goal against Purdue to become bowl eligible for the first time in my four years at Indiana,” Emerson said.

While the road to the next level looked promising for Emerson, any hope of playing in the NFL ended when he underwent reconstructive surgery on both shoulders following his senior year.

Now at age 25, Emerson is living in New York City where he is working for Katz Media Group, a company that represents radio and televisions stations all across the country.

While Emerson loves his job, he said that he hopes to find his way into a job in sports one day.

With Emerson having been out of football for now three years, the Staples graduate says he still misses the game he played from 8th grade until senior year of college and describes what he now misses the most.

“The thing I miss the most is my teammates. They are some of the best friends I have ever had and there is nothing like playing on Saturdays in front of large crowds. The bonds I made go beyond the game and those friends will be with me for the rest of my life,” Emerson said.