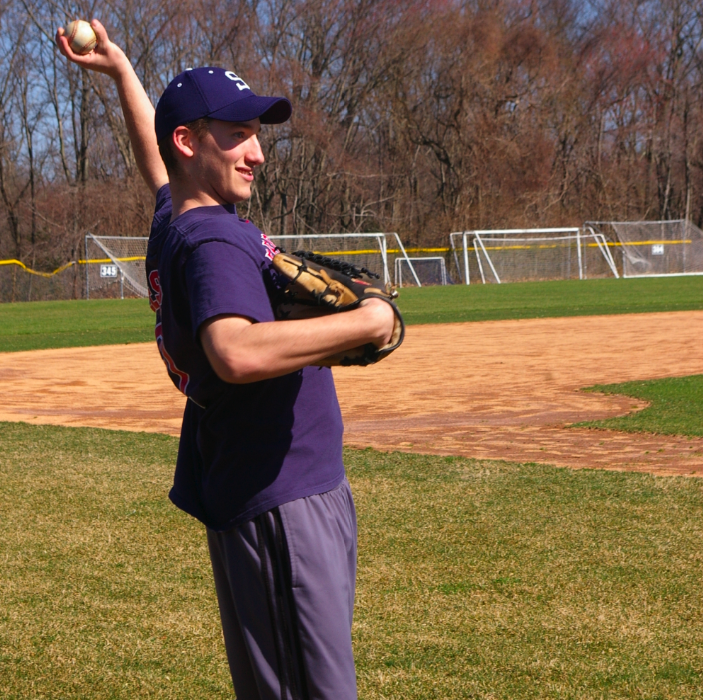 Pitcher David Speer '10 hopes to have his team win the FCIAC tournament for the third year in a row. | Photo by Carlie Schwaeber '12

One question looms for the explosive 2010 Wreckers. Is a “3-peat” as FCIAC Champions in the picture? With several returning varsity starters, a coaching staff the refuses to lose, and a loaded senior class, the sky is the limit for this year’s baseball team.

The squad is coming off an impressive 18-6 season, along with their second consecutive FCIAC Championship victory.

Sikorski and Speer, who finished a combined 11-2 on the mound last season, will take charge as the top two pitchers for the team. They will be caught by Moss, whom along with Hennessy, will bring versatility to the lineup, providing both strong offense and relentless defense in the field. Between the four captains, they have 13 years of varsity experience, numerous All-FCIAC accolades, and were all apart of the 2008 and 2009 FCIAC Championship team.

“Leadership will be key for us,” said head Coach Jack MacFarland, who is entering his 7th year as head coach.

With such a short schedule, every game is usually viewed just as big as the next, but two of the biggest games of the year fall on April 21st, when the Wreckers play host to the Trumbull Eagles, and on May 6th when they travel to Wilton to battle the Warriors.

“Every game is big for us. When it comes down to it, we just have to outplay whoever we have to match up against on that given day,” said Speer.

The team opens the pre-season against state powerhouses such as Seymour, Trumbull, Fairfield Warde, Amity, Bunnell, and Notre Dame of Fairfield. The regular season kicks off on April 8th in their home opener against the Masuk Panthers.

“No wins will come easy for us this year,” said Speer.