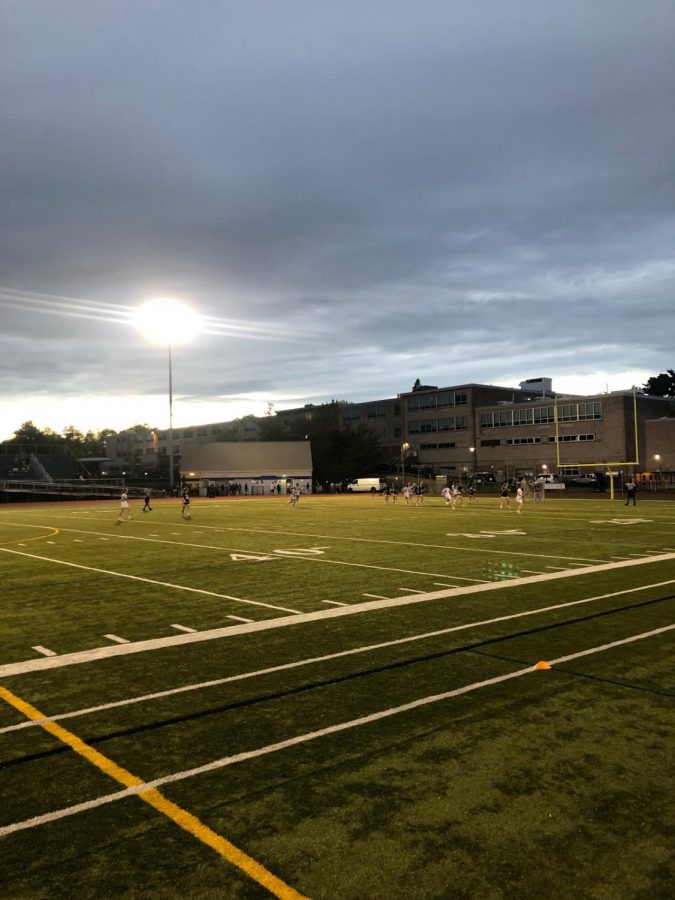 Staples girls’ lacrosse battle Fairfield Ludlowe earlier in the season. They captured the win 11-10 and will face the Falcons in the first round of the FCIAC tournament on May 17 at home.

The Wreckers concluded their season being 14-2 in the state and 10-0 in the FCIAC. Staples girls’ lacrosse made history by breaking the best in-season record in school history.

Staples girls’ lacrosse defeated New Fairfield, the only team in the state left undefeated, 11-10 in their last regular season game on May 14.

“I am really proud of this team. We came into the season pessimistic due to losing some key players, but we are pleasantly surprised with our outcome,” Captain Samantha Pacilio ’19 said. “The chemistry is unreal and I really think that helps us execute on the field.”

The Wreckers lost nine seniors last year and five of which were starters on the team. The young talent has propelled them to this impressive record this year.

“One thing that has really helped us get through this season is confidence. Before every game, we make it a point that we all play confidently,” Captain Izzy Cardello ’19 said. “Believing in ourselves and being confident has helped us move to the top tier of the FCIAC.”

The Wreckers believe they finally have a chance at making a run in the FCIAC and state tournament this year. Based on their regular season record, the girls have placed as one of the highest seeded teams in program history.

For the state tournament, they are ranked as the number two seed. The Wreckers will be notified who their opponent is later this week for their first round in the states. Regardless, they have clinched a home game with their high seeding.

“We are really confident going into postseason play as this is the best record Staples lacrosse has ever had,” Captain Elle Fair ’19 said, “I am super excited to see what we can accomplish.”