Petition for track to be named after coach Lawrence 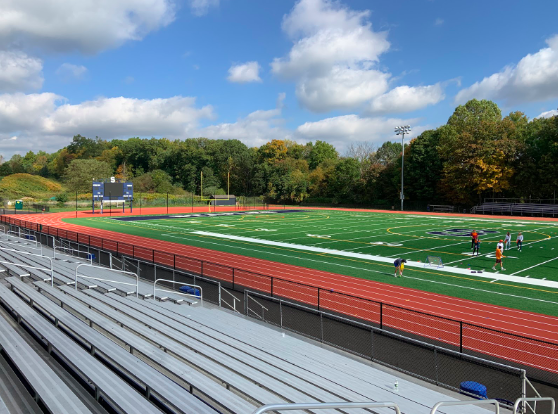 Andrew Colabella, a representative of RTM district four, created a petition two weeks ago to name the new Staples track after Laddie Lawrence ’64, head coach of boys’ cross country and indoor and outdoor track and field.

The petition on change.org has over 1,000 signatures. Colabella requested First Selectman Jim Marpe to submit the petition to the Board of Education (BOE). Marpe then submitted his formal letter to BOE chairman Mark Mathias, stating that he supported the track being named after Lawrence and asking that the naming of the track be put on the upcoming meeting agenda.

“It would be insane to not dedicate and name the track after Laddie,” Colabella said.

“Laddie has supported so many athletes over the years, he competed at Staples and he’s contributed to our success and been with our team for so many years and has proven he’s so loyal,” Madison Tamm ’21 said.

Lawrence has given Staples 34 undefeated seasons and has won Staples track over 1,500 wins.

“He’s a great coach and has a lot of experience which allows him to really teach the kids,” Emmy Marcus ’22 said.

Colabella had Lawrence as a health teacher his sophomore year and he was his coach in track.

“Laddie taught all of us to accept everyone, just like Laddie does when people try out for track,” Colabella said on the online petition. “No one gets cut. No one. Everyone gets on the team and learns or finds their special gift. Laddie is a gift.”

Inklings reached out to Lawrence and he did not provide comment.