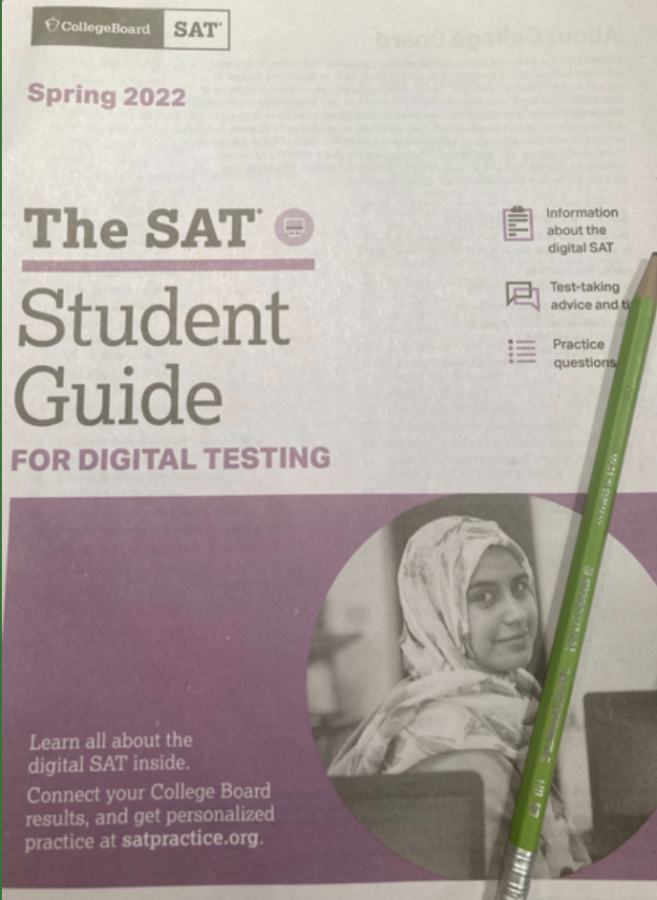 The first digital SAT at Staples was hosted on Thursday, March 24. This was the first time that the SATs were administered digitally at Staples.

Under the digital format, students logged onto a secure browser, where the test questions were then administered. The test was still formatted normally, divided into four sections: two math and two english.

There were several reasons as to why the SAT was digital. According to the College Board’s official website, digital testing is easier, quicker to administer and grade.

Despite the advantages listed by College Board, math teacher Ann Didelot worries that the test could be detrimental to students who are used to paper tests.

“It could make it harder for students who prefer pen and pencil. […] For the math part […] there’s no way now to really show your work. So that could be challenging,” Didelot said.

The choice of whether or not to use the digital or paper format is up to each school. The digital format is also available on the PSAT 8/9, as well as the PSAT 10, though neither of those tests were administered digitally this year at Staples.

The opinions of students on the digital SAT are mixed. Some, like Henry Novak ’23, didn’t like the new changes.

“[The digital SAT is] not as easy to use,” Novak said. “[It’s] harder to skip between questions. The best way to do the SAT, [is to do] the questions out of order. So it makes it a lot harder to do this.”

“I didn’t really like it. I thought that it was annoying to have to look at a screen for four hours,” Hordon said.

However, not all students disliked the digital SAT. Anastacia Jahnel ’23 preferred the convenience offered by the online format.

“I prefer it in some aspects because I think the questions get more streamlined, and it’s a little easier to go through it,” Jahnel said. “But I don’t like the aspect about how at the very end, it just directly cuts you off and doesn’t give you a chance to maybe finish up.”