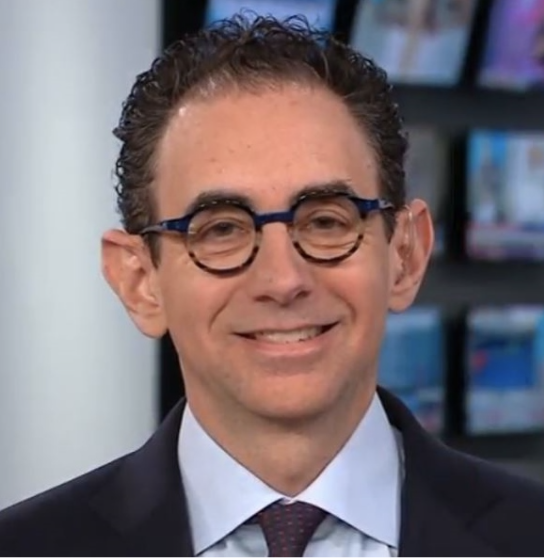 Gordon announced on Feb. 14 that he would be joining the race for Connecticut State Senator in District 26 after current State Senator Will Haskell publicized that he would not be running for a third term in 2022. Gordon has a BA from the University of Pennsylvania and a J.D./MBA from Columbia Law School and Columbia Business School. Gordon joins competitors Ceci Maher and Ken Bernhard.

Michael Gordon wears many hats in the Westport community: he’s a husband and a father to three children; he was four-time chair of the Board of Education (BOE) and board member on the Anti-Defamation League, the local Jewish Federation and the Bridgeport Child Advocacy Coalition; he’s coached Westport little league baseball and soccer; and he’s the Principal and founder of Group Gordon, a corporate communications firm that does half its business with nonprofits and the public interest. He also assisted with education policy in the Clinton Administration, focusing on college affordability, and was a spokesperson for Attorney General Janet Reno.

After current State Senator Will Haskell of District 26 announced he would not be running for a third term in 2022, Gordon declared Feb. 14 he would be joining Wilton’s Ceci Maher and Westport’s Ken Bernhard as a candidate for the Democratic nomination.

“I bring a combination of government, nonprofit and business experience to the role,” Gordon said.

In a time which, according to Pew Research, the partisan divide in the United States has more than doubled from 1994 to 2017, Gordon asserted that there was no voting along party lines while he was chair of the BOE. He attributed his ability to find common ground on the board from his years of practical experience building consensus in the business world. Gordon is optimistic in his abilities to bridge political tribalism in the State Senate with his philosophy of compassion and consensus-building.

“Those of us who are in office have a responsibility to lift up the discourse and lift up your opponents, actually, and listen and search [for] common ground,” Gordon said.

Gordon’s platform has four primary pillars: gender equality, education and children, seniors, and economics in a post-pandemic world. His platform stems from the experiences and values of his family, as well as his commitment to the community.

“[My parents] left a long legacy of love and compassion,” Gordon said. “Compassion is not a word that we hear much about in politics. But, I think if we talk about compassion, love and empathy for others, I think that opens up a dialogue.”

On the topic of gender equality, he is supportive of recent Connecticut House Bill number number 6380, “An Act Concerning the Disclosure of Salary Ranges.” If he were to be state senator, Gordon would also like to engage in discussions concerning gender-based pricing, reducing pricing differences between women and men when purchasing the same or similar products. He keeps the women in his life in mind when considering issues of gender.

“I have five older sisters, and in five different ways, they taught me about the importance of gender equity,” Gordon said.

When thinking about education, one of Gordon’s biggest concerns is the mental health of students following COVID. It is well established that nationally, anxiety, stress and depression worsened for students during the pandemic. Emergency department visits for mental health reasons increased 31% for 12-17 year olds in the time period only considering 2019 to 2020.

“COVID has been tough on everybody the past two years, but I worry about the mental health of our children and what it means for their future,” Gordon said.

Furthermore, he has been passionate about college affordability for years, addressing it through both his business and his government work. Specifically to the benefit of Connecticut, Gordon calls for reduction of local higher education costs to bring more people to live in Connecticut. This would increase taxpayer dollars and bring more professionals in-state, especially in underpopulated fields such as engineering, teaching and policing.

“The federal government has a role to play, but the state government can add to that and incentivize more people to live in Connecticut,” Gordon said.

Turning back to his family, Gordon reflects on his mother, who passed on due to COVID, when working on seniors issues. He remembers how she would say “getting old is not for the faint of heart.” He wants to improve support for seniors’ ability to age in their homes and find tax breaks on pensions and annuities that would aid them.

“It makes me feel like I’m still helping [my mother],” Gordon said.

Finally, he is aware that Connecticut (Fairfield County in particular) has done better than many other places in the United States economically during COVID. He discussed how specifically Connecticut’s home values and businesses have done comparatively well to other regions, but upholds that economics can still be improved upon.

“As I like to say, a pandemic is not a strategy, and we need to do more to inspire people to keep wanting to work and live in Connecticut,” Gordon said.

He also advocates for action by Connecticut’s government on climate change, gun safety and voting access and opportunity. He looks to his children’s generation, Generation Z, and their particular concern for these issues, again implicitly grounding his political standings within his family.

“Those are what I would say, national issues, but I think we can do our part in Connecticut as well,” Gordon said.

In considering problems specific to the district, he also addressed the concern that road congestion has swelled beyond I-95 and the Merit.

Gordon will bring his platform to all Democratic leaders in the 26th district in a convention in May. There, he will need to demonstrate that he is both the most electable candidate and that he would be the most effective state senator. Only after this will the public campaign truly begin.

Despite being a political race, Gordon holds goodwill toward his fellow candidates, Maher and Bernhard. His primary care is for the well-being of the community, and he feels that any of the nominees would provide for the district.

“I’ve told everyone who’s supporting me,” Gordon said, “I don’t want anyone to tear them down. I want people to lift them up.”

Update: Gordon withdrew from the race for State Senator as of March 9.