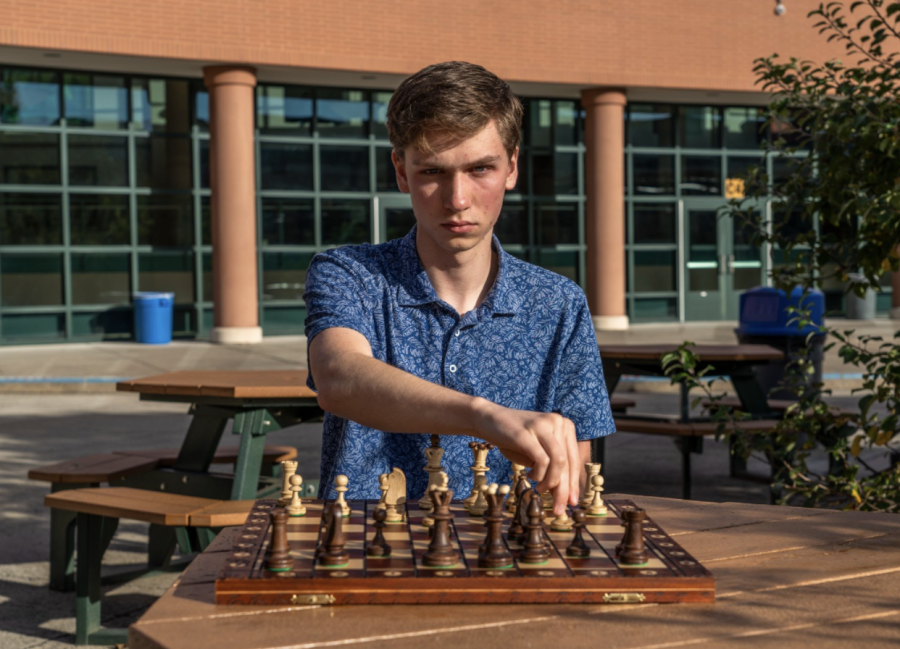 Chess coach Thomas Sargent '22 welcomes new club members regardless of experience, as his passion for chess compels him to teach newbies.

Chess is an individual game, the board acting as a battle-ground between two calculating minds employing wit and strategy, both striving to gain the upperhand. Nonetheless, the Staples chess team has found an edge in their collaborative environment, and as a recent addition to the Fairfield County Interscholastic Chess League, their community and aspirations have grown.

In joining the league, the club has grown in leaps and bounds from its humble beginnings characterized by a casual atmosphere and a handful of matches. The leaders intend to elevate the team to a more competitive level this year as the club evolves.

“As of right now, [the club is] just a place to play some chess and have a good time, and we want to keep that, but we also want to be for students who want a competitive, team oriented atmosphere,” chess club coach Thomas Sargent ’22 said. “That’s what we hope to accomplish by joining the chess league.”

The decision to join the league was rooted in the hope to increase membership and offer more opportunities for competition. For two years, the club has acted under its own stewardship, and for chess club president Krishin Wadhwani ’22, it became challenging to communicate with other schools, solidify tournament dates, and retain their own membership without concrete competitions.

“What we found was when people just join the club and just play games and then do nothing with it, they weren’t interested in continuing to come,” Wadhwani said. “There’s no validation, there’s nothing they’re winning, nothing they’re gaining.”

Even as the competitive environment grows, the chess club sees the importance of creating an inclusive community that is open to all skill levels.

“We’ve gotten a few recent members who, when we’ve asked ‘Do you know how to play chess,’ they’ve said, ‘Well, no, but I’ve watched “The Queen’s Gambit,”’ and that’s good enough for us,” Sargent said.

To help those interested in chess with no prior experience, the chess club has a coach in Sargent.

“Thomas will sit down with them and will work with them on different tactics, different games to walk them through what is a good move, what is not, and why,” Wadhwani said.

While chess is renowned for its intellectual challenge, Wadhwani founded the club to share his passion and interest in chess.

“We were shocked to find that there was no chess club, which seems like the most ubiquitous, most likely club you are going to see. It seems like whenever you say ‘club,’ that’s what you’re going to see, chess club, debate club, school newspaper,” Wadhwani said. “So we founded it.”

With their addition to the new league and new members, the club has their gaze fixated on the possibilities of the future.

“As a team, we’re looking to get maybe two or three members to the finals, and a fourth would be really great,” Wadhwani said. “It would show that we’ve improved from last year.”