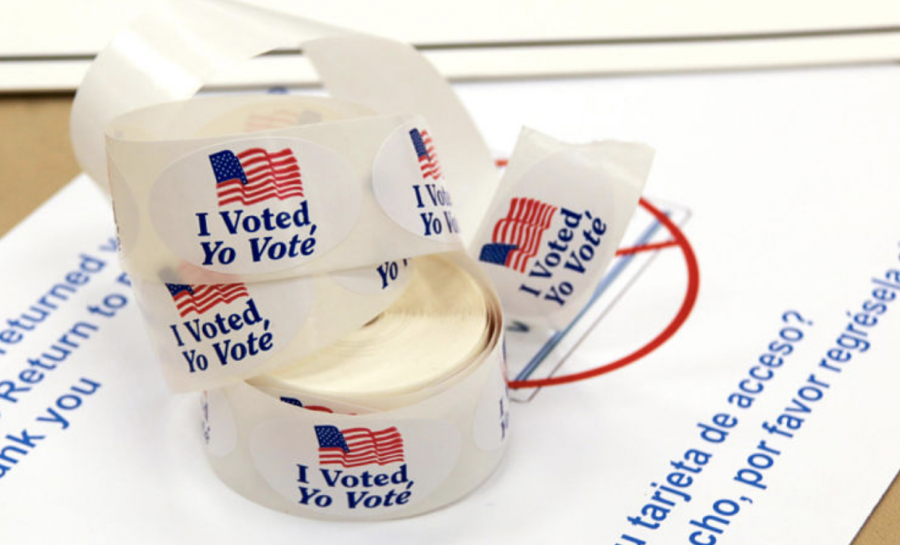 A portion of Staples seniors voted for the next US President and local politicians for the first time in this election.

The 2020 presidential race was nothing like America has seen before. Debates between supporters of former Vice President Joe Biden and President Donald Trump have erupted across the United States ever since the candidates were decided. The right to vote for President is one exercised by millions every four years. On Nov. 3, and the weeks leading up to it, a portion of Staples seniors voted for the first time.

Despite only being 18 years old, Staples seniors realized the unique nature of this election and the importance of the decision they had to make.

“According to [my parents], this is just about the weirdest they’ve seen American politics get,” Graham Reichhelm ’21 said.

Although these students voted for the first time, they have lived long enough to understand the weight that their vote holds in the democratic process of this country.

“I have lived through a few elections in my life and I understand that this is one of the most crucial, if not the most crucial election, in many years,” Aidan Middlebrook ’21 said.

Despite the belief that some carry about one vote being insignificant, these new voters believe this right is a privilege guaranteed by the Constitution.

“Being in an election this year where more than a hundred million will vote, which is one third of the country’s population, makes one vote seem less significant,” Max Shutze ’21 said, “but as an American, I think it’s important that we utilize the rights we are given […] We should be using our voice to elect the candidate that we believe will give us a brighter future.”

This year the coronavirus is an issue that played a critical role in the candidate voters chose.

“The president [that is elected] has the power to change policies regarding the virus and help bring this virus to an end,” Shutze said.

COIVD-19 also affected the system of mail in voting as the virus made it harder to vote in person for many who are at high risk. Middlebrook chose to vote via absentee ballot.

“I understand that voting in person is the best way to ensure that your votes are correctly counted,” he said. “[But with] that being said, I trust the state and their handling of the voting.”

Overall, regardless of how or who Staples seniors voted for in this election, the community recognizes the weight and significance of Nov. 3.

“It is my right as a citizen to vote,” Middlebrook said. “But more importantly, I [vote] because I want to make sure that my county and the well-being of its citizens is in good hands.”