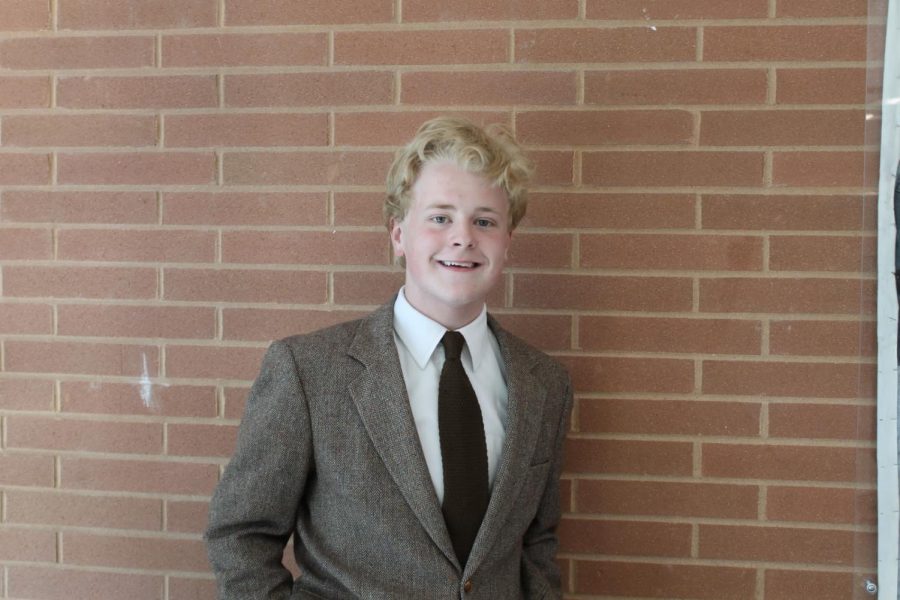 As the saying goes, clothes make the man, and for one Staples freshman, suits are a staple.

Charlie Watson ՚23 is the mystery man who has excited the Staples’ community because of the old-fashioned suits he wears. He is a throwback to a bygone era where dressing up to the nines was the norm, where wearing the best clothes you had was not so much a fashion statement, but routine.

The outfits he wears to school holds greater value to Watson. He chooses to wear suits because they correspond to his favorite time period.

“I wear suits because I like […] the 50’s overall,” Watson said. “Wearing a suit or vintage clothing makes me feel like I’m in that era.”

“When I was in ‘42nd Street,’ a Coleytown Company play, I started wearing suits then,” Watson said.

Watson credits the 1930’s style play with his inspiration for his type of suits as well.

Watson’s suits have caught people’s attention all over the school.

“I saw this person wearing a full suit around the school and at first I thought it was a teacher,” Josh Leon ՚21 said. “But then I realized it was a kid and I was amazed by his sense of comfort.”

In a school where you’re more likely to find a tracksuit, jumpsuit or a swimsuit, Watson stands out among peers.

Even teachers have noticed Watson’s sense of style.

“Charlie has a lot of style and a lot of self-pride,” social studies teacher Daniel Heaphy said. “I admire that he takes the effort to look good every day.”

Watson goes shopping with his father and has purchased a lot of suits.

“I own well over 30 different combinations,” Watson said.

His suits are bought from Goodwill or thrift shops because it is difficult to find a store that sells vintage suits around Westport.

Watson’s style has received the compliments of his peers.

“[People tell me] ‘you dress nice, I like your outfit.’ Nice things like that,” Watson said. “It makes me feel good, makes me feel like I should continue doing it.”

If you see someone wearing a suit around the school, stop for a minute and say hello. You never know, it might be Charlie Watson, stepping out in style.