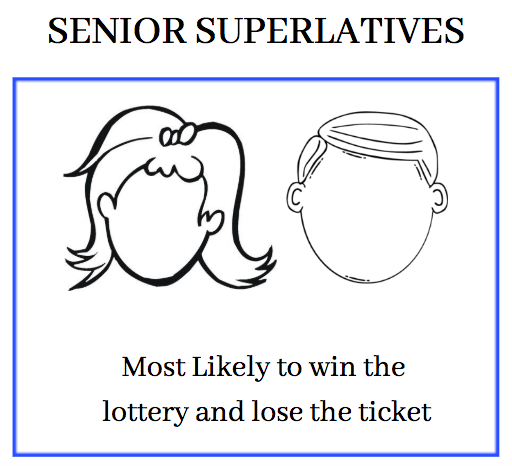 The Staples senior class reminisce with these nontraditional superlatives

It has become a tradition for most high school yearbooks to have a section of superlatives that highlight a variety of students in the 12th grade. Traditional superlatives consist of most likely to succeed or best eyes or hair, but this year Staples put a twist on their superlative selection.

The class of 2019 seniors were sent a Google Form where they were able to put down who they thought fit numerous amount of categories such as best boy/girl dynamic duo, most likely to win the lottery and lose the winning ticket, most addicted to coffee, best person to be on a deserted island with, worst case of senioritis and many more.

“I think by having different and less superficial superlatives, students are able to remember their senior experience in a more comical way,” Brooke Githens ’19 said. “Superlatives like most likely to succeed may make kids feel lesser of themselves when that wasn’t the intention.”

The winners of each superlative were later notified by email for what they won and who the other winner of their category was.

“I thought it was really funny that I was the winner for [most likely to win the lottery and lose the ticket],” Tyler Levitt ’19 said. “It’s funny and true.”

Levitt later explained a funny story that occurred when he went to take his superlative picture for the yearbook.

“I bought two lottery tickets to take the picture with my partner and it turns out I won $200 from my ticket,” he said. “I didn’t even lose it, which was ironic.”

Alongside Levitt, Avery Smith ’19 was another winner of a superlative category.

“I won ‘most addicted to coffee,’ which is a really funny legacy to leave as a Staples senior,” Smith said.

The winners of each superlative will able to express themselves in a picture to be included in the yearbook.

“For my picture, I am going to bring my favorite Dunkin’ iced coffee because that’s what you would find in my hand every morning,” Smith said.

Smith concluded by sharing her opinion on having different superlative categories than other years.

“Having unique superlatives allows students from the entire senior class to find something that applies to them,” she said, “and when others acknowledge it and vote for them, it gets everyone involved and brings the class together in a fun, kindhearted and silly way.”