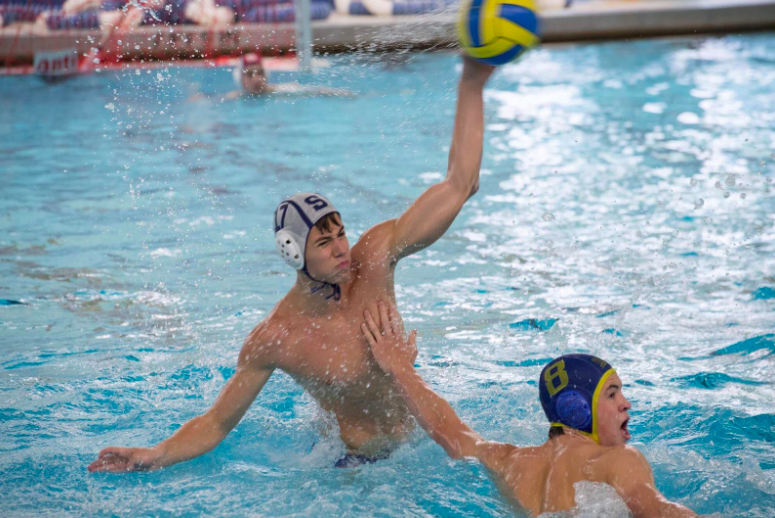 His legs begin to ache, his arms begin to feel sore and his mouth and nose fill up with the cold, chlorine-filled water of the Staples pool. Treading water for more than one minute can be a challenge for most, but treading water for Quinn Wagner ’19 comes as naturally as walking.

Wagner started on the Varsity water polo team as a freshman and has continued to be an impactful player for his time at Staples High School. Wagner was nominated as junior captain in the 2017 season and re-elected for the 2018 season. He has showcased success throughout his seasons at Staples.

At the age of 11, Wagner was introduced to clinics at Chelsea Piers in Stamford, Connecticut. At the clinics, Wagner excelled greatly and was told by Jimmy Ramaley, his coach at the time, that he had incredible potential. Ramaley is currently the head coach at Greenwich High School, one of the top FCIAC teams. Wagner took Coach Ramelys word and continued to attend the clinics at Chelsea Piers. As the years went on, Wagner joined the Chelsea Piers club team and began to attend tournaments both locally and nationally.

“I think it is a really unique experience,” Wagner said. “It gives me the opportunity to take a leadership role on the team because of my experience from playing water polo for several years.”

Wagner is one of the only Staples members to play on a club team. His experience with the sport has allowed him to not only be a player on the team, but a coach and role model for the entire program. He has truly enjoyed watching his teammates grow throughout the years. According to teammates, Wagner brings a competitive and positive attitude to each practice with the goal of helping others.

“He shows up with the goal of making everyone around him improve and succeed, teaching the younger players as well as some of the more experienced ones,” Luca Valadares ’19, co-captain with Wagner, said. “As a captain, he is really dedicated to helping the team win and always maintains that mentality.”

In the off-season, Wagner is most likely found swimming in a pool or lifting weights to get better, but he does have other hobbies that include different interests. In his time off and as a stress relieving activity, Wagner enjoys computer gaming. He built his own computer last year and ever since has truly enjoyed gaming as an activity to unwind and connect with friends from out of town.

As for the Staples water polo team, Wagner believes that this year’s team is the strongest it has looked in his high school career, and he is excited for the opportunities to come.

This is Wagner’s senior season, but he looks to continue to his water polo career at the collegiate level following some of his peers and teammates.

“Quinn has been speaking to collegiate coaches for a while now,” George Ahl ’19, a current teammate of Wagner, said. “And certainly has the ability to thrive at the college level.”