The New Trend of Fidget Cubes 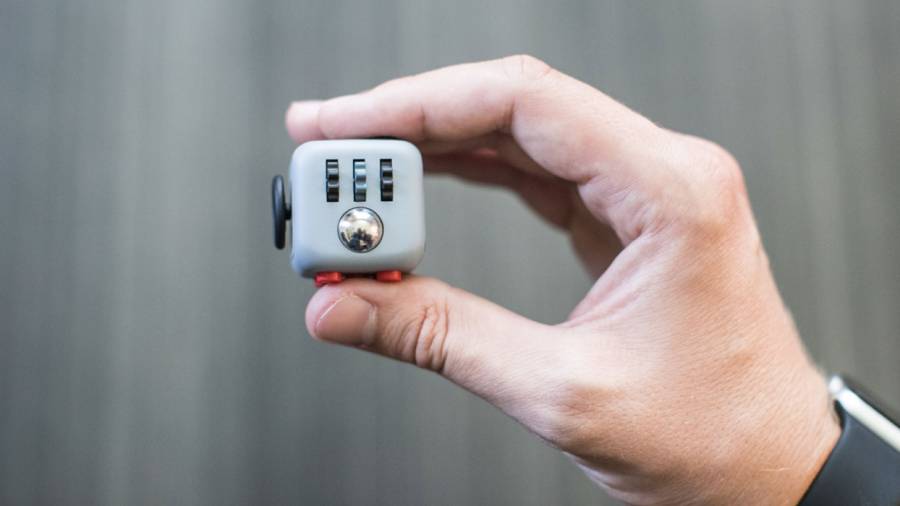 It’s almost finals week and everyone can feel the stress spreading throughout Staples. Luckily, there’s a way to reduce stress while in class, and the answer is fidget cubes.

Fidgeting is a natural thing for people where you make small movements with your hands or feet, due to anxiousness or something that causes stress. There have been multiple studies done on fidgeting, and why it is actually good for you. Because of this, the fidget cube was created.

Fidget cubes are small cubes which have six sides. Each side has a different thing to tinker with like a light switch or a spinner, which gives the user something to do when working. They are basically the modern take on the stress ball.

Some students find them to be extremely useful when learning. “I think they’re really helpful in distracting me, but in a way that gives me something to do while focusing. Fidget cubes are small and portable, which I like for when I use them in class.” Aly Murray ’19 said.

These gadgets gained awareness online through a Kickstarter fund, where donors raised more than $6 million in support of the cube. That amount shows the immense popularity and support these cubes have, so it is no surprise that they are a new trend at Staples.

Students began bringing them to school at the start of the 2016-2017 school year, and since then their popularity has only increased. Some students however are not fully convinced that they actually help reduce stress.

“Honestly, I think that they are unnecessary and distracting during the school day,” Natalie Lepska ’19 said. She also went on to say how she thinks that kids use them as an excuse to play with something in class.

Her thoughts bring up a valid argument of just how useful they are in class. Some people can focus on their lectures easier with one, while others become absent minded when using a fidget cube.

“I mean at first I was going to get a fidget cube, but I feel like they are going to get old really fast, and I really don’t think they are actually stress relieving.” Morgan Leonard ’19 said. When asked about why she thought they weren’t stress relieving, she said it seems more like a toy to her than anything.

Regardless of what side you land on, it is clear that fidget cubes are here to stay as more people find out about them and purchase one themselves. The idea of having an object to fidget with is in no way new. However, these cubes show the advancement in thinking about ways to de-stress our extremely taxing lives.