Fox Schanzer discovers a passion for cooking through one simple decision 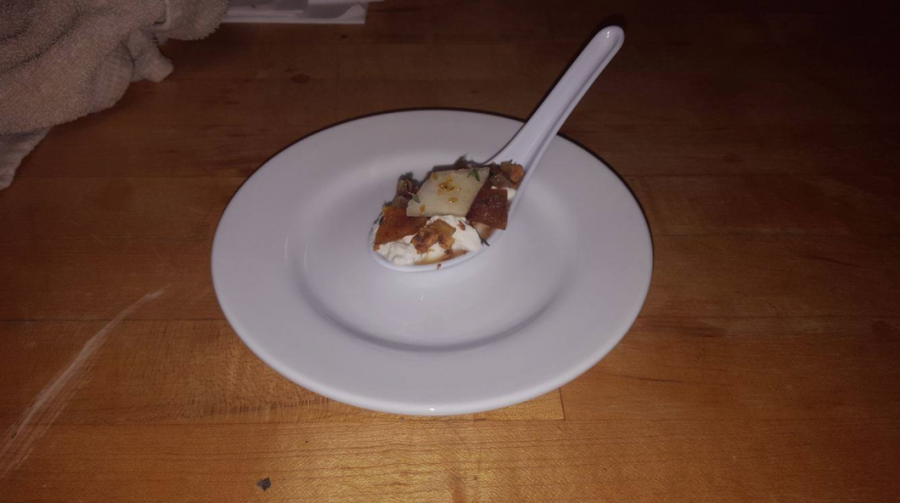 To some, joining a club means attending the meetings once or twice a year and adding it to a college resume. However, for students like Fox Schanzer ’18, joining a club would lead him on his path for life.

Schanzer joined Culinary Club as a freshman, not thinking much of it. His interest in culinary peaked once the club started to help cook for the Gillespie Center in Westport. Every Thursday, he would cook for the center and others would serve on Friday night. “We have fun cooking,” Schanzer said. “People in need get a genuinely great meal.”

Toward the end of freshman year, Schanzer was invited to use his free period as an independent study for Culinary. He began cooking with very talented seniors, and he didn’t have much experience or talent with cooking at all. His first dish he made was grilled asparagus, having Chef Gans guide him all the way through.

The following year after discovering his passion for cooking, Schanzer ended up taking two periods of Culinary 2. “Early sophomore year I was hooked. And somewhere along the way I decided I wanted to be a chef and that I wanted to go to Culinary school,” Schanzer said.

Eventually, after much teaching and persistence from both Schanzer and Gans, he earned an internship at Nom-Eez, a vietnamese restaurant in Bridgeport. Schanzer worked closely alongside the chef there, and learned a tremendous amount about food, the industry, and working in a kitchen. Now he is taking on the role of interning at The Whelk. Working in the kitchen has really helped him grow as a chef. He recently created his own dish inspired by one at the Whelk. The dish consists of burrata, roasted hazelnut, burnt onion maple syrup, thyme, caramel chive maple glass with hazelnut butter and pear dressed with lemon.

Food is on his mind 24/7. According to Ashley Fogel ’18, “He always seems to be thinking of something new he wants to try,” she said. “Sometimes when we go out to dinner he explains to me how certain things are made.”

With Schanzer’s future pointing in the direction of Culinary school, he still is constantly learning and motivated to become a better chef. He refers to himself as, “obsessed” and “ambitious”, but still believes he learns something everyday he cooks. Daria Rinde ’17, who has been with him while he cooks said, “[Fox] displays his motivation in cooking by really taking a strong leadership role in the kitchen.”

One simple decision made spontaneously by Schanzer one day two years ago has paved the path for him. While he is still in high school, he is hooked, and will continue to grow and get better at what he loves.