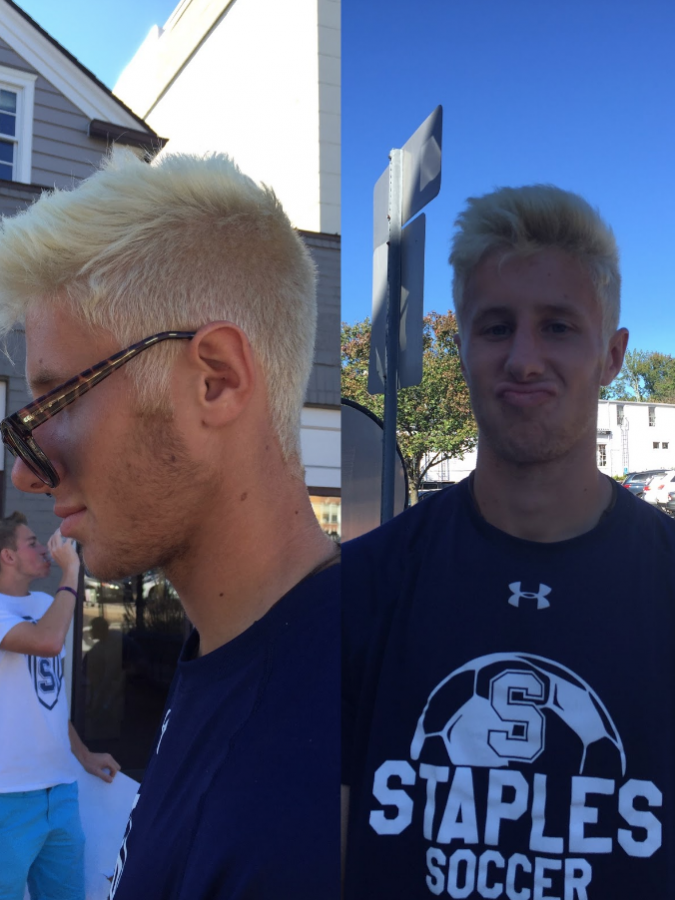 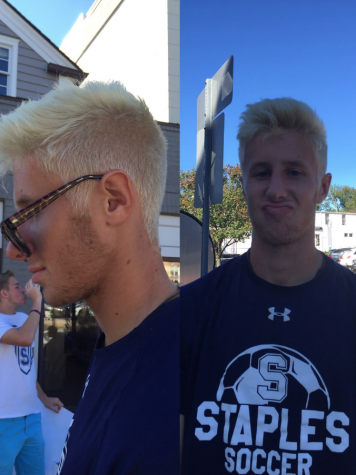 Whether it be the football team’s annual mohawks, the girls soccer team’s cornrow braids, or the boys lacrosse bleached tips, every sport has its rituals. This year the boy’s soccer team wanted to do something different, and one student in particular decided to go all out.

Ziggy Hallgarten ’17 and the rest of the Staples boys soccer team had always done mohawks for playoff season, but decided to change it up a bit this year they decided to do something a little more permanent: Bleach.

“A while ago I talked about potentially dying my hair completely white during the senior season instead of doing Mohawks” said Hallgarten, “We weren’t really winning games and I told myself if we didn’t win the next one I would do it the next day.”

The team ended up losing and Hallgarten “Just went for it.”

Although right now he is the only member of the team and captain with a full head bleached, he believes that the trend will catch on, “No one has done anything [yet] but I think some people are gonna do a similar thing.”

As for the reason behind his newly blonde head of hair? “Although the annual tradition is normally Mohawks for playoffs, I hope that [me bleaching my hair] somewhat inspires my team and maybe even some other kids to do it.”

No matter the outcome of their season this year, the hair made it most definitely a time he won’t forget.