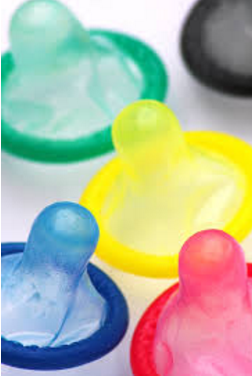 It has manifested in the sheepish giggles of fifth graders watching the sex education video. It has graced middle school health rooms, where students noticeably lower their voices when uttering the names of the male and female reproductive organs. It has painted red the cheeks of high schoolers sharing with friends their explicit weekend endeavors as a teacher nearly overhears.

But what if the group was not so lucky, and the partition that hides student sexual activity from adults who turn a blind eye is torn down? It becomes near impossible to advise someone to pay no attention to the man (or woman) behind the curtain if something were to prevent from the curtain from existing. Some students believe that the availability of free condoms in the nurse’s office would do just this.

“Imagine the embarrassment of walking out of the nurse’s office and seeing your Gov teacher as you’re just holding a condom,” Kellie Iannacone ’17 said. If this were to happen, it would flatten the wall dividing unspoken understanding from unavoidable confrontation that many administrators and students alike have chosen to maintain.

“We know kids are having sex,” school nurse Diane Bosch said. “[…]We get teenagers.” But this representation of Westport’s tendency to be more progressive than other towns throughout the country does not mean that students necessarily feel comfortable discussing their sex lives in health class while teachers like Jeffrey Doornweerd pass out contraception fact sheets. If they feel uneasy just talking about their own sexual behavior in front of teachers, then what would happen if they had the option to blatantly disclose it by picking up a condom from the nurse’s office?

Doornweerd presumes that it could be interpreted as a “walk of shame,” but some students think that in theory, the benefits would outweigh the embarrassment.“Providing kids with free condoms just means they’ll be less likely to make a huge mistake that could impact them the rest of their lives, be that pregnancy or an STD,” an anonymous senior said. Several cities share the same belief.

In San Francisco, these latex contraceptives have been available to high school students since 1992, and in New York City, the Department of Education HIV/AIDS Prevention Program requires the free availability of condoms, information and health referrals for students in grades nine through 12.

Connecticut, however, has no such law, but conversation about implementing a free condom policy “rears its head,” as school nurse Diane Bosch put it, every few years.“I think it would be a good discussion to have with the administration and the Board of Education to see if we could offer a service like that in some way that was acceptable to all the parties involved: students, parents and board of education,” she said. “Because one of my goals for all of you is to keep kids safe.”

Despite these regards for well-being, some think that providing free condoms would send the wrong message.

“It’s like saying the school should supply drugs because we’re going to buy them anyways,” Cameron Day ’18 said. A friend of Day, Rohan Goswami ’18, disagreed.“People are going to have sex no matter what,” he said. “[But] free condoms in the nurse’s office is not going to be something that will drive someone over the edge.”

Regardless of where students and administrators stand on implementing a free condom policy, it cannot be known whether or not the resources would be utilized until students have to nervously walk into the nurse’s office and engage in uncomfortable conversation.

With so many different angles on a free condom policy, Doornweerd summed it up best.
“It’s not black and white.”