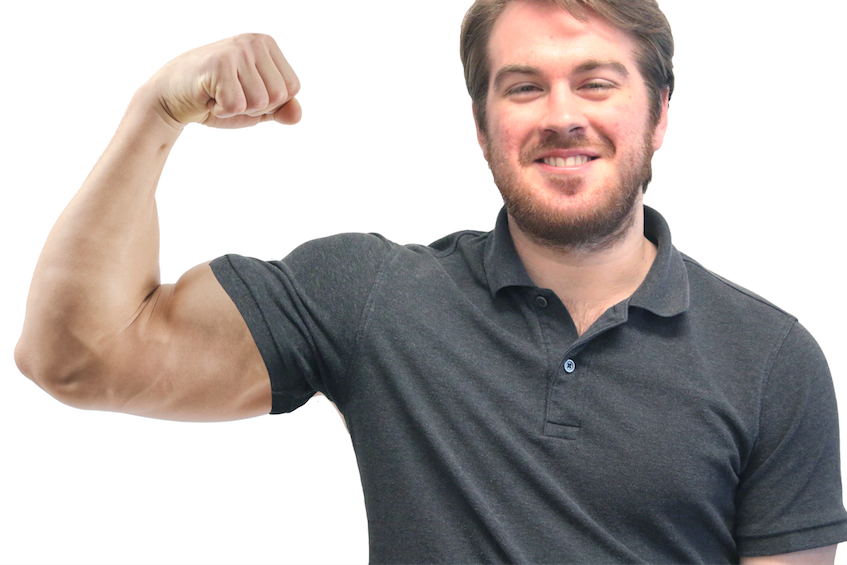 When meeting a man nicknamed “Thor,” most people would expect to see a behemothic human decked out in gladiator fashion, holding a gargantuan silver hammer and, of course, covered in his classic red cape.

Instead, he was sitting in the Staples library disguised as the clean-cut substitute teacher, Andrew Carroll.  He tightly grasped a hot coffee and wore a crisp button down shirt. He might not have the whole Future-King-of-Asgard-and-kill-frost-giants thing down, but Carroll is certainly praised in the Staples community for his shocking resemblance to the Marvel superhero.

“I know that students call me Thor,” Carroll joked. “Most people don’t even know my real name.” But, believe it or not, he was being called Thor long before he ever came to Staples.

Parallel to the real Thor, Carroll has a pretty large appetite—for ice cream, that is. “Half Baked” by Ben & Jerry’s has a lot of great things,” he said.  “The brownie, the cookie dough, the chocolate and vanilla ice cream—what more can you ask for?”

But in contrast to his comic book doppelganger, Carroll is a native of Shelton, Connecticut, and a graduate of Central Connecticut State University with a major in Organizational Communication. Carroll has a lot going on. He spends a lot of his time reading Sci-Fi books and is even completing the 50 Book Challenge this year.

Carroll is also an avid runner, after spending years playing soccer, hockey and basketball throughout middle and high school.

“I actually used to hate running throughout college, but I’ve started picking it up again. I find it to be a great way to clear your thoughts. It’s a great stress reliever,” he explained with honesty.

When he’s not running or watching ABC’s “Modern Family,” Carroll works on the board of a non-profit organization in Newington, Connecticut called Reconstruction Project that provides reuse of home remodeling products.

“We have to be more inclined to help people out. You can’t do everything alone,” Carroll said as his largest piece of advice to give to Staples students. In conjunction with his impressive commitment to the Reconstruction Project, Carroll is devoted to helping others.

Although Carroll doesn’t have super-strength or immortality like Thor, he definitely proves impressive to the Staples community through his upbeat attitude and relationship with students.