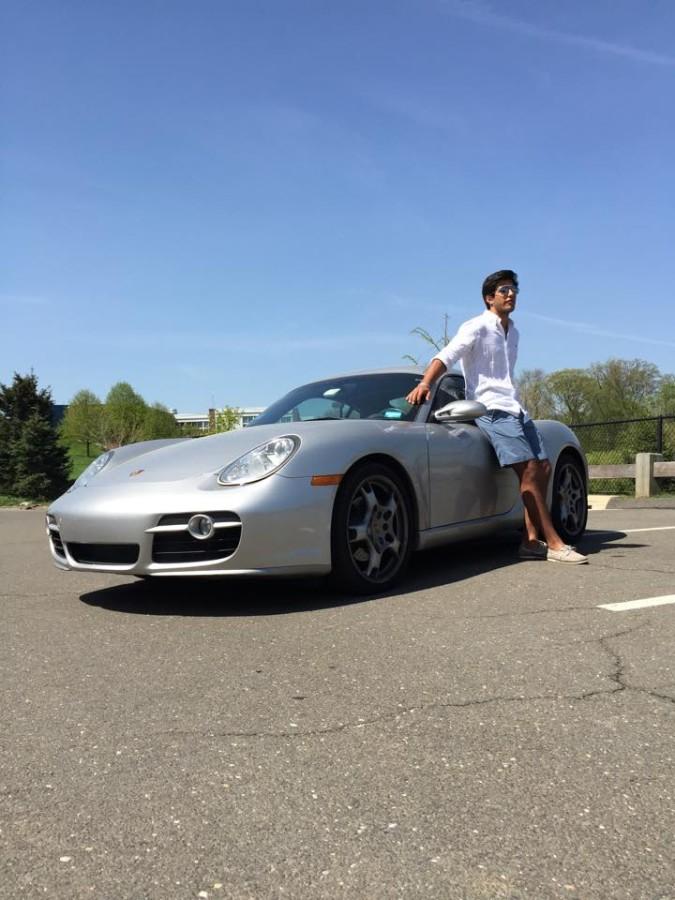 When pulling into the Staples parking lot at 7:29 a.m., there are only a few cars that stand out amongst the sea of white Jeep Wranglers. The owners of these cars can be spotted a mile away, solely by their wheels.

After a long commute from home every morning, English teacher Brian Tippy pulls into the Staples staff parking lot with his small, five-door, bright blue, white roofed and sport-striped 2011 MINI Cooper Countryman. It appears to be half the size of any sedan, SUV or van parked beside him. Just like the English bulldog, Spike, in the commercials, Tippy’s two dogs Comet and Ajax were  slobbering with joy after he decided to purchase a MINI. Tippy geared his sights on  a MINI Cooper after it was ranked one of the most efficient all-wheel drive cars in 2011 and a top safety pick by the Insurance Institute for Highway Safety (IIHS) four years in a row. “It’s been my car for going on adventures for the last four years,” Tippy said. “It’s taken us and the dogs for hikes, kayaking adventures, vacations, and it’s gotten me to school every day for four years. I really love that car.”

Many students are known for their rides as well. Justin Cheng ’16 can be spotted anywhere with his 2010 tan Toyota Sienna minivan. “I like to break the stereotypes,” Cheng said.

Ellie Aronson ’16, a friend of Cheng, described it as “a cool dad’s dream.” More noticeably, the car has numerous dents, as Cheng recalls pulling into his driveway and hitting a stonewall.

“It’s a van, so it can hold over seven people, which is dope,” Cheng said. “It’s also awesome because cops never pull over minivans. Huge plus.”

However, Cheng’s favorite thing about his car is the amount of respectability it gives him. Considering the Toyota minivan is ranked number two for the best cars according to U.S News Rankings and Reviews, Cheng feels like his van reflects his personality. “People will walk up to me and be like, ‘You drive a Toyota Sienna six seater, right? I heard that’s one of the safest cars on the market right now,’” Cheng said. “It really just says a lot about me. I’m a pretty dependable guy.”

Another well known car around Staples is the 2003 Chevrolet van owned by Connor Whelan ’15. “It’s pretty easy to drive. It just can’t go as fast as other cars. I can’t whip it,” Whelan joked.

Whelan described it as almost the size of an RV, fitting 10 people, a TV and, of course, a great amount of foot space. “Nice rims,” “savage” or “fat ride” are all popular comments Whelan often receives about his van.

The small, six-speed, silver sports car that runs low to the ground belongs to Nick Kveitaia ’15. “People don’t expect me to drive my car,” Kveitaia said. “They’re like, ‘Oh, what? You drive a Porsche?’”

Kveitaia’s dad was planning to sell their Porsche in exchange for a more family-orientated vehicle. Luckily, after receiving his license early senior year, his parents decided to let Kveitaia finish high school with the car.

“The potential that his car has is insane. People always comment on how cool the engine sounds when he gets it into high revolutions,” Marco Latella ’15 said. “When you think of the typical westport car you just assume it’s a Jeep, but Nick’s car shows another side of Westport. Nick’s car is a standout.”