The surprising history of pencils 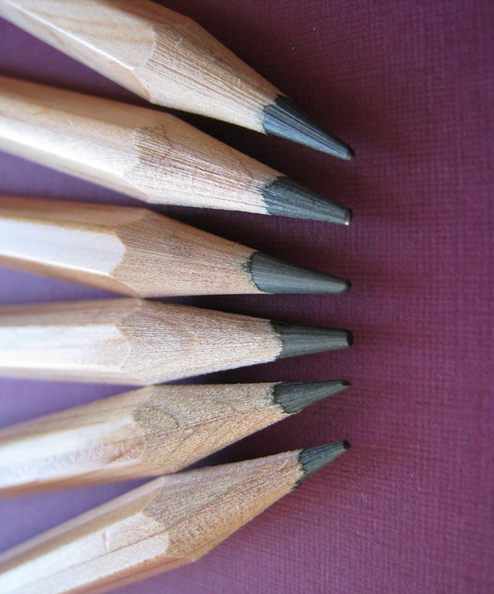 A single pencil is capable of drawing a line 35 miles long, writing about 45,000 words, digesting 17 sharpenings, and always being there for you when you need to doodle. Yet somehow, we still take these magnificent inventions for granted.

Pencils are easy to operate, entertaining, and portable. You can take a pencil anywhere, actually anywhere. You can even bring them to space since they can write in zero gravity.

It’s time pencils get their recognition. Let’s rewind to 451 years ago, 1564, when the “lead” pencil (which we later found out, was never actually made of lead) was invented. It all started when a massive graphite mine in Borrowdale, Cumbria, England was discovered. The English had an exclusive possession and complete control of the sales and trade of the invention, since no other pure graphite mines were discovered elsewhere.

With this history, these inventions are still used every day: either modern, mechanical pencils, or the old fashioned, wooden ones. They are in such high demand that the estimated amount of pencils made per year is 2 billion. This means that 82,000 trees are cut down every year for the production of this invention. They are an essential component to learning, communicating, and expressing artistic abilities.

Coming from the perspective of a math teacher, where pencils are a key component to comprehending and practicing material, Rebecca Nickles expresses the benefits pencils bring to math class.

“I like to use pencil when I do anything that I am not 100 [percent] sure of or have not finalized,” Nickels explained. “Everyone makes mistakes at some point in math, so using pencil is helpful because you can erase.” She thinks that having the ability to erase your mistakes, rather than crossing them out with pen, keeps work organized and allows you to follow your thought process more effectively when looking back at classwork or notes.

With pencils, there also comes their rival: the pen. There are both pencil and pen loving people in this world, and both sides have reasonable arguments.

Maddie Jones ’17 has a passion for writing. As a writer, she has a strong opinion on pencils, since they are a prominent resource in that field. She believes that “pencils are more effective for creative writing or draft writing because you can ease your mistakes. A lot of times I spell extremely simple words wrong and I just erase it and the whole previous paragraph altogether,” Jones admits.

Both teachers and students seem to not know anything about pencils “besides that they leave marks on hands, and you have to use the ones that say number two on them for standardized testing,” Jones said.

This is a problem, because this object is used on a daily basis, and it is a beneficial resource in learning.

Pencils are commonly unappreciated, misplaced, mishandled, or broken. These phenomenal inventions need the acknowledgement they deserve. The use of pencils is slowly dying out with the progressive advances in technology which is why they must be valued.

Appreciate them and most importantly, channel your frustration elsewhere, pencil breaking is a sin.