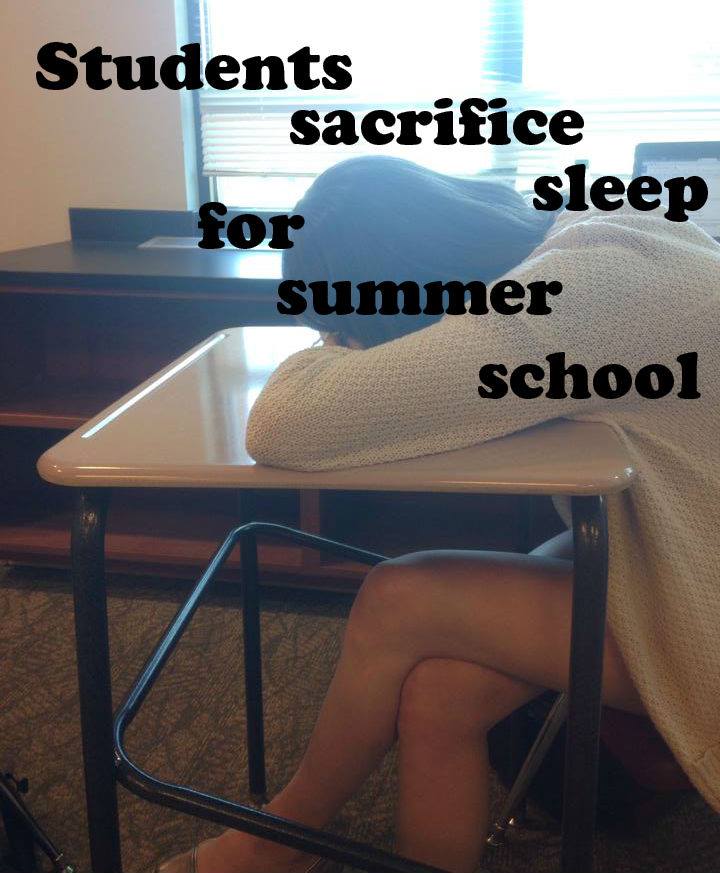 For most students, summer means a chance to relax and take a well-deserved break from school. Other than the incoming seniors who are encouraged to work on college essays and children who are pushed by their parents to brush up on their skills over break, it’s basically two and a half stress-free months.

However, for some students at Staples, summer provides the perfect opportunity to take an extra class. Students who choose to do this often times get a required science course out of the way or bump up a level in math.

Whether it is to advance for the following year or simply to get rid of graduation requirements, taking a course over the summer often time leads to students having much more extra time for other classes during the school year and sometimes even an extra free period.

Peter Sauer ’16, who took chemistry prior to his sophomore year, said that freeing up his schedule was his main reason for taking a class during the summer. He explains that another reason was because many of his friends were taking the class too. However, he explained that he probably wouldn’t do it again.

“Overall, the course was a good experience,” he said. “I don’t think I’d do it again [though,]  because of the time commitment during the summer.”

Another student in the same chemistry class, Justin Cheng ’16, had a similar experience. “Even with a bunch of friends and Mr. Jones, it sucked to go to school for four hours a day,” Cheng said. In addition to this, he said that it restricted his entire summer schedule. “I had to go to bed early and get up at eight,” he said.

Charlie Krawiec ’16 agreed, saying: “Something I sorely missed that summer was being able to sleep in everyday.”

Essentially, if you’re a morning person, summer school may be the perfect time to take a class. Waking up early may be a struggle for most teens, but if you’re early to bed and early to rise, getting requirements out of the way ahead of time is a great strategy.