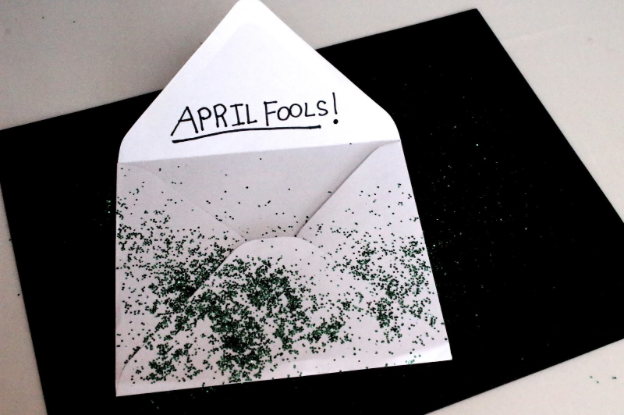 This year, shrill screams of “April Fools” flood the hallways at Staples as students pull out all the stops with elaborate pranks, but last year Kristina Wasserman ’17 had other plans. Wasserman created a buzz among her friends that a major prank was going to happen sometime that day, but the real prank was — no prank.

“All my friends were scared all day,” Wasserman said.

Every year on the first of April whoopie cushions are whipped out, fake stories are crafted, prank calls are made and fake blood and bandages are strategically placed.

Some pranks are harmless and amusing, some are elaborate and extreme, while others fall flat and are soon forgotten.

Notorious prankster Wasserman is no stranger to the joke scene on April Fools’ Day.

Some of her favorite tricks are putting Saran Wrap on toilets around her house and putting soap on the doorknobs in the morning to fool her family.

“I wake up early for this,” Wasserman said jokingly.

Amanda Zager ’17 is a fan of pranking her friends, and even her enemies, with glitter. She uses a popular website that sends whoever you chose an envelope full of glitter and when they open it, it’s a glitter nightmare.

“The glitter got everywhere and was a mess to clean up,” Zager remembers, “but it was worth it.”

Sonia Klein ’16 recalls her infamous prank back in middle school.

“I took the cream out of Oreos and put white toothpaste inside of them instead,” Klein said. Then she handed them out to all her friends and they were just happy to get a free Oreo, until they noticed it tasted funny and spit it out.

“We all had a good laugh afterwards,” Klein said.

Many students find the little joys in this holiday and revel in the excitement of the “gotcha” moment when their prank falls perfectly into place.

“[I love] the reaction on people’s faces when I prank them,” Wasserman said.