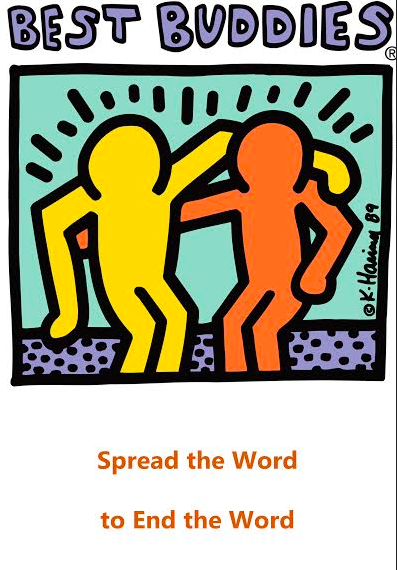 To many students, March can be described by a simple word: long. As one of the few times during the year that is uninterrupted by any significant break, April seems like centuries away.

However, for Best Buddies, a club whose mission is to create friendships for students with intellectual and developmental disabilities, the presence of this everlasting month has quite a different meaning. The group’s March goal is to encourage contemporary society to put a stop to casual use of the word “retard.”

This movement is called “Spread the Word to End the Word” and its exists in Best Best Buddies chapters in schools, colleges and communities all over the world.

According to special education teacher and the club’s advisor Deborah Gallon, use of the word “retarded” to describe anyone with disabilities was a major part of the vernacular in the ‘60s and ‘70s. States even use to have health agencies that commonly went by the name, the Department of Mental Retardation.

Johnny Bairaktaris ‘16, who is actively involved in the club, described the word as “very negative and degrading.”

“A lot of people use the r-word to mean stupid or lame,” the club’s treasurer Renee Reiner ‘15 said. “They use it in the wrong context and this makes those with disabilities feel less important, which is very hurtful. We want to teach people not to talk like that when referring to those with special needs.”

Best Buddies will be using March to raise awareness of its mission. Through flyers, a PSA shown on the morning show, silent auction and fashion show featuring club members, among other efforts, the club hopes people will get the message and think more wisely when talking about those with disabilities.