Students become EMTs in order to save lives 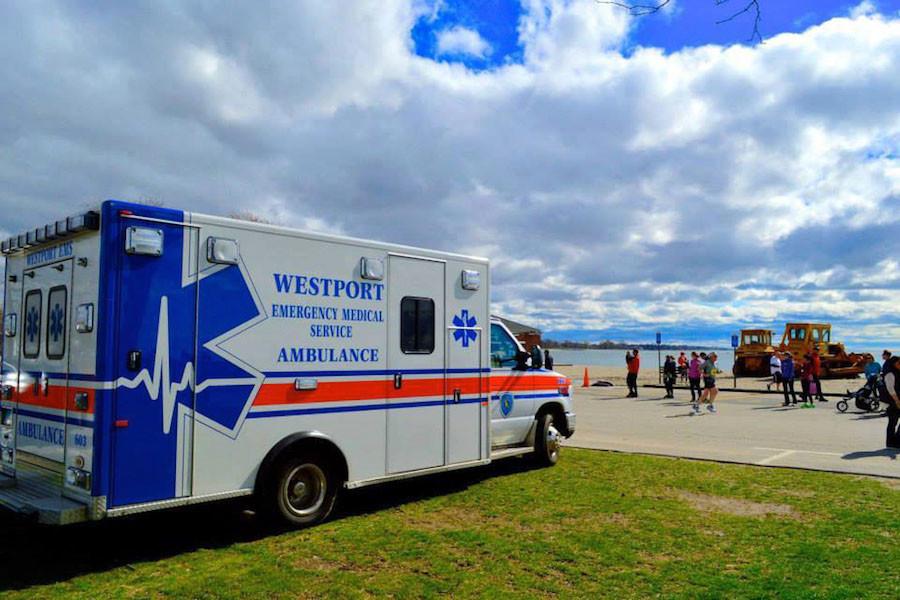 Many teenagers spend their spare time asleep. Others hold down a job or devote extra time to their studies.

However, Jaime Bairaktaris ’15 volunteers as an Emergency Medical Technician (EMT) and saves lives.

With plans to become a physician’s assistant later in life, Bairaktaris volunteers as an EMT in order to gain crucial medical experience. “Since spring of freshman year, I have given around 700 hours of my time,” Bairaktaris said. “I’ve experienced car accidents, drug overdoses, fights, heart attacks, suicides and everything in between.”

To become an EMT, first students must take a 60-hour EMR (Emergency Medical Responder) course and a 120-hour EMT course, as well as pass both respective Connecticut practical exams.

“An EMR can do lots of things but, unlike an EMT, an EMR can’t administer medications or apply neck collars,” Aliza Gross ’15 said. Gross is currently an EMR and is in the midst of finishing the 120-hour EMT course.

Despite time-consuming course requirements and strenuous weekly shifts (five hours minimum is expected), many Westporters continue to sign up to save lives. Over 100 people volunteer at the Westport Volunteer Emergency Medical Service, and more than 20 of those volunteers are in high school.

After they are certified, their double lives begin. By day, they’re high-school students. But when they are on-call for a five hour shift, they become heroes.

“This man’s carotid artery had burst and we had to do CPR on him and everything,” Gross said. “I was mostly in charge of suctioning his airway and ventilating him,”

Gross also did compressions, though she is, by her own admission, not strong enough to do them for long.

Despite Gross’s attempts, the man didn’t survive. However, Gross was undeterred by the traumatic event, as she plans to be a surgeon.

“Now I know that I can stomach things like that,” Gross said. “The next time I get a bad call, things won’t seem so scary.”

There are a wide range of calls that EMTs receive. Psychiatric calls with lucid patients and domestic disturbances often occur, but so do heart attacks and strokes.

“I’ve had to experience death in a very raw and real way that normally you can’t see first hand,” Bairaktaris said.

Yet, on a regular night, many EMTs find time to relax. Chaotic calls are rare, while bonding with crews is common.

“Usually, things are pretty uneventful in Westport, and I often go shifts without getting any calls,” Gross said.

“[It’s] more rewarding than scary …We usually just hang out in the break room,” Claire Grosgogeat ’15, another volunteer, added.

When on a shift but not on a call, volunteers generally watch movies in the break room and can even make dinner.

“We really are just some big crazy family hanging out in a living room,” Bairaktaris said. “But, naturally, the call has to come in the middle of dinner.”