Parkour – The sport that has no boundaries 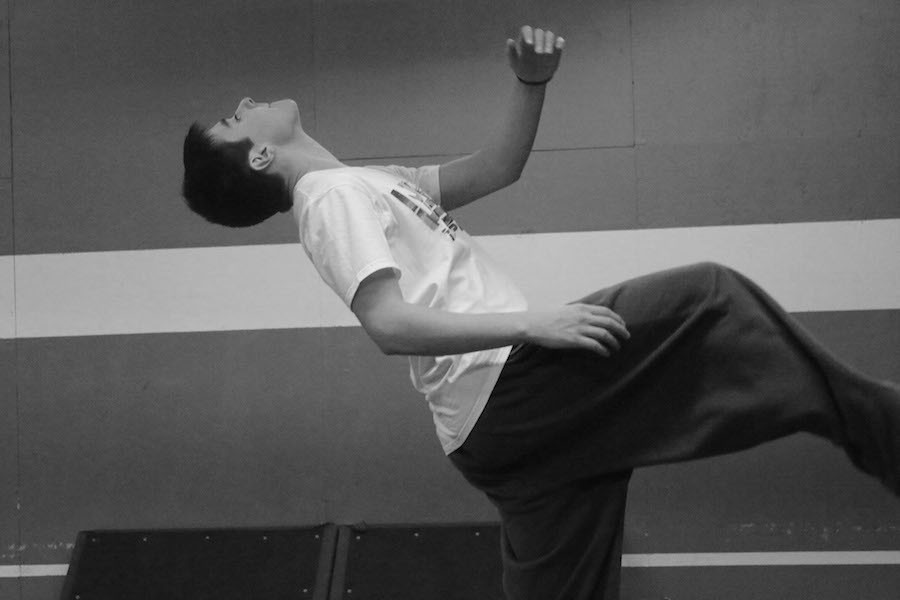 It’s nothing like a soccer field. Not a tennis court, a wrestling ring or a swimming pool.

The walls resemble a city skyline at dusk, with a real brick wall in the center of the room. All corners are occupied by boxes painted as lit-up skyscrapers with real windows for jumping through and makeshift roofs for flying over. The athletes were like monkeys, freely flipping and swinging in a concrete jungle of their own, happily lost in the art of their movements.

This is none other than parkour in action, a discipline that is growing in popularity.

“It’s in the early stages such as, say, skateboarding was at one time,” Joe Cannata, the Gymnastics and Cheerleading Academy (GCA) Parkour and Freerunning Academy coach, said.

Just as the sport is growing in popularity, the gym at which four Staples students train is growing in size, as GCA Parkour recently added two additional rooms to the space.

“[The gym] was so boring before,” Julian Wang, a 12-year-old boy in the intermediate class, interjected.

In a constant tornado of movement with such an individualistic style, it can be difficult to determine the premise of parkour.

In its most basic form, parkour is “getting from point A to point B as fast as you can,” as described by Casey Floyd ’16, a trainer and parkour enthusiast. This skill is also combined with the aspect of “free-running, which is more the poetry of movement, where it is a lot of gymnastics and climbing in an urban environment,” he added.

“I like how if you play another sport, the practices are all structured, like soccer for example. You’re always practicing either dribbling or shooting; but in parkour, you can pretty much practice what you want, whenever you want,” he said.

While he doesn’t participate himself, Liam Borner ’16 watches the television show “American Ninja Warrior,” which incorporates a lot of parkour, and Borner has also seen Oppliger do parkour himself, both of which leave him in awe.

“At first, I didn’t think the obstacles looked that hard, but then I used my brain and realized it would be almost impossible for me to do, and how talented some of these people are,” he said.

Back in the gym, on a trampoline as strong as the ones used in the Olympics, Floyd and his parkour community, flip forwards, backwards, sideways and every way in between, making it look effortless.

While describing the sensation of flipping through mid-air, Floyd beamed, his pride reflected in his eyes.

“Everything kind of slows down,” he said. “It gives you time to react and think about what your next move is going to be and how you’re going to land.”

Using the urban environment — including railings, walls and roofs — is a key component of parkour. Oppliger has experience taking his skills to the streets, as he reflects on his early endeavors.

“I started at [Compo] beach on top of the lockers. I would jump from one locker to another. And once I got good at that, I would just find other roofs that I would be able to climb up to,” he explained.

Both Floyd and Oppliger said their favorite part of parkour is the freedom the sport offers, but Cannata’s connection to the sport is even simpler.

“It’s just the fact that there really aren’t any boundaries to it,” he said.

And with a lack of boundaries comes great flexibility, something Floyd recognizes in his daily life.

“Parkour has taught me to be a lot more flexible with things that happen in life,” he shrugged. “It taught me not to really get stressed about one particular thing.”

Being an unconventional art and sport, those who aren’t familiar with parkour are subject to speculation, which Cannata acknowledges.

While most people choose to walk through life, there are people out there who choose to swing and flip, creatively and daringly making up their paths as they go.

“If you see a railing outside, most people are walking next to it,” Cannata said. “I’m balancing on top of it.”