Best Buddies takes to the ice 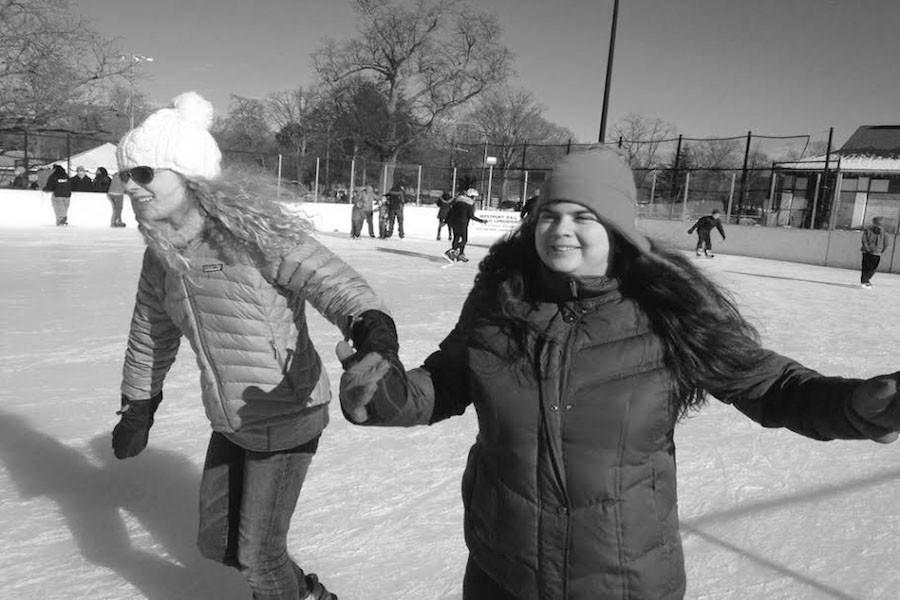 Best Buddies took to the ice at Longshore rink for their annual skating event on Sunday, Jan. 25. The sky was blue and the air was brisk, setting the tone for a great day.

“My favorite part was knowing that I accomplished the first step of ice skating without giving up,” Jessica Parnas ’18 said with her cheeks still flushed from the cold.

Even though the event was scheduled to be from 1 to 3 p.m., many students chose to stay later and continue to bond and skate.

Hilary Gee, Staples Alumni, was probably the most enthusiastic to hit the ice. “I love skating,” Gee ’14 said, following up with, “I’m good [at it].”

This event is one of various others designed to build relationships with regular-education and special-needs students. “I heard it was a club about making friendships, and I just moved here when I was in eighth grade […] so I didn’t know anyone, so it’s really helped me,” Parnas said. “But skating has really been one of my favorite activities that we’ve done so far. It’s new but fun.”

According to Lily Daine ’17, ice skating was a unique way to get to know all the students out of school and in a fun atmosphere. Though she spent most of her time skating with Hilary Gee, Daine says that she feels that skating really helped form long-term connections between students.

“Best Buddies is the best program I ever joined,” Johnny Bairaktaris ’16 said with a smile. Bairaktaris mentioned that, like many good things, the program gets better with age. “It’s getting a lot better, and each year new students join, and [that] gives everybody a chance to meet new people they haven’t met before. This wasn’t my first time skating but it was [as] fun as last year.”

Seasoned skaters and novices alike enjoyed the ice and company despite the chill. “Skating and sitting with a slightly too chocolate-y hot chocolate with the buddies has been great,” Daine said. “This was my first year going ice skating, but I’m looking forward to next year.”