Winter weather is met with varying degrees of excitement

Smoke from fireplaces puffed out of chimney tops, swirling and dancing in the breeze. The sweet smell of hot chocolate was thick in the kitchens of many households. A thin layer of snow blanketed the streets, while more fell from the sky.

It was a scene many Westport residents know well: the first snowfall of the year. Though it was one of the few instances of snow so far this winter, for many it was an exciting moment.

“I love it when it’s snowing. It just looks so pretty outside,” Jamie Bell ’17 said.

Despite its beauty, it is clear that Staples students no longer take advantage of the frosty weather as much as they did as children.

“I still ice skate but I just don’t play in the snow like I used to,” Alyssa Hymen ’18 said.

It was apparent among many Staples students that ice-skating was the most popular winter activity, mainly due to its social benefits.

“It’s mostly just something to do with friends instead of sitting around,” Bell said. “I used to figure skate, so it’s something I’ve always had more interest in than other activities.”

The advantages of winter don’t come without a price, though. The frigid weather can make the start of the season a tough pill to swallow. These students turn to indoor activities to keep their mind off of the conditions outside their tightly closed doors and windows. 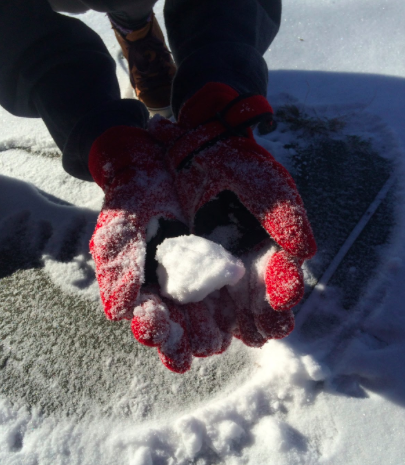 “I really don’t think there are any advantages to the cold at all,” Jackson Livingstone ’16 said. “The only thing I enjoy about winter is rec [basketball].”