What’s on your screen? 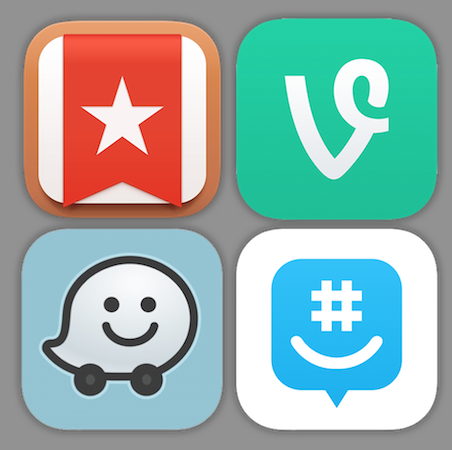 As a teenager, it’s a constant struggle to be organized; but with Wunderlist, students can organize, prioritize and accomplish with ease. The app allows users to create and share lists that enable them to collaborate with everyone in their lives. Users create lists of homework assignments or to-do lists for group projects and  can share them with fellow students. Users can also start conversations about their to-dos and browse thousands of public lists.

The phrase “do it for the Vine” has filled Staples’ halls, as users will go to extremes to perfect their Vine profiles. Students can see, create and share six-second video snippets of their lives instantaneously. When users scroll down their feed, there is endless entertainment from looping videos of friends and hilarious  famous viners. A user can “say something nice” on a person’s Vines or throw them a like, amounting to never-ending homework distractions. Kaela O’Kelly ’15 (@kaelaokelly on Vine) describes Vine as “a great way to procrastinate” and said, “It’s addictive because there’s always new jokes and trends that are absolutely hilarious.”

When students hit the streets, Waze is the app that steers them. This navigation app connects its 50 million members as they drive, with users in their location, showing real-time traffic reports and road information. The app grants users a heads up before they approach a traffic jam or a cluster of police officers. If users experience car troubles or get lost, their fellow Waze users are there to lend a hand.

GroupMe is an organized home for all of the groups in a person’s life, where users can direct message anyone, anywhere. If someone sends a hilarious message, a user can tap a heart to “like it.”  If a user is too tired to scroll up to see an old picture, they can tap the gallery for easy access to all sent pictures. Plus, if unwanted messages (emoji spam) keeps flooding in, users can “mute” a group, and even leave or end a group. Maialie Fitzpatrick ’16 raves about its best feature. “My favorite part is being able to search and send Gifs,” she said.