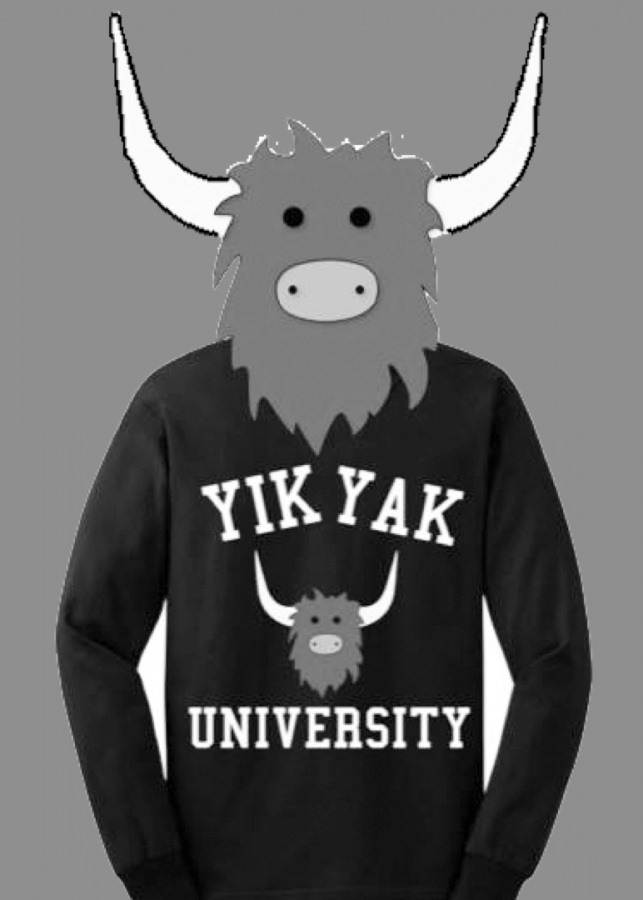 Launched in late 2013, the app was created by Brooks Buffington and Tyler Droll—fraternity brothers and graduates of Furman University—for the college crowd. “Post your jokes, thoughts, observations, questions, etc. Just make sure that you are posting quality content,” reads the app’s description.

College students use Yik Yak lightheartedly, with no intention of seriously hurting another student’s feelings. “Most people try and post something funny and relatable about life here, so they can get a lot of ups,” Staples graduate and Tulane freshman Grace Kosner ’14 said.

Staples alumni who now attend college have not had issues with highly offensive ‘yaks,’ in part because their brains are more developed. According to The National Institute of Mental Health,

“The brain doesn’t look like that of an adult until the early 20s.”

High school students are still maturing mentally, so they are more susceptible to what Rider University’s Professor of Psychology John Suler identifies as the “online disinhibition effect.” He explains that online anonymity causes people to feel less inclined to act like themselves, therefore leading to hurtful comments they would never say in person.

“Yaks should not join a herd until they are mature enough, so no one under college age should be on Yik Yak,” one rule on Yik Yak’s website states. This disclaimer is closely followed by another note: “You DO NOT bully or specifically target other yakkers.”

Last year’s Staples student body did not heed these rules, but college students do not have trouble with the guidelines.

“It’s used a lot like Twitter but funnier,” University of Michigan student and Staples graduate Jason Hoving ’13 said. “Because the school is so big, it’s hard to target and bully individual people,” he added. Individual calling- out in college is much more positive than the individual calling-out in high school. “The only singling out I’ve seen is in the form of a compliment, like ‘Wow John Smith, you are the best looking guy ever,'” Staples alumnus and University of Wisconsin senior Will Sommer ’11 said.

Yik Yak is especially popular at colleges with a large Greek Life. “Fraternities and sororities are singled out a ton, but that’s something that happens anyway and is just part of the competition inherent in Greek Life,” Sommer ’11 said. “Since no one is mentioned by name, it isn’t curel,” Hoving ’13 added.

Droll and Buffington developed Yik Yak with the hope that it would only be used appropriately. “Herds of yaks are strongest when they work together and watch each others backs,” the rules state.

So far, college students have mostly been focusing on the last part of the Yik Yak guidelines.