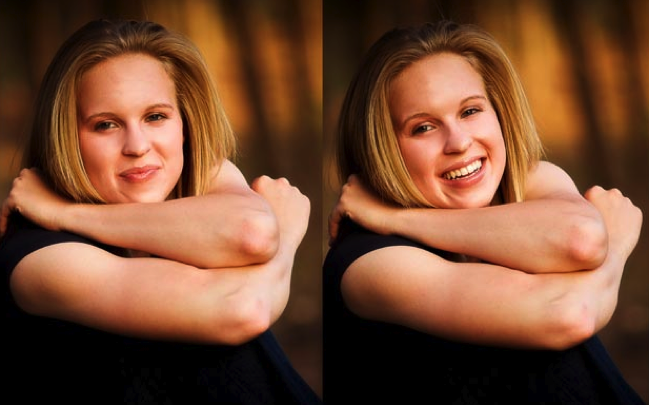 Since the beginning of the summer, members of the class of 2015 have been prepping and primping, some more eagerly than others, for their senior portraits — the last hurrah of over a decade of yearbook pictures.

The ordeal lasts for about half an hour and consists of three phases: yearbook poses, outdoor poses, and the quintessential cap and gown poses. Along every step of the way, multitasking photographers make small talk while twisting and contorting their subjects’ limbs in a way that most students find uncomfortable, to say the least.

While many of the photographs are ultimately worth the momentary awkwardness, the overwhelming opinion of the senior class is that the portrait poses are downright cheesy. Here’s a list of some of the best (worst) ones.

Who doesn’t love leaning up against the courtyard pillars with their arms crossed over their chest while trying to look relaxed?

“You just awkwardly stand next to the pillar with your hand on it like you’re stroking it or something,” Gabi Duncan ‘15 said.

This seated pose consists of placing one’s left foot on the bottom rung of a step stool, right foot on the top rung, and turning sideways for a little extra sass.

“It must be for the photographer’s’ own amusement,” Megan Nuzzo ‘15 said. “They have to know you would never order those pictures!”

This hip pose requires a brick wall to lean against, back pockets to put hands in, good posture, and a look of effortless boredom. Grungy.

“It’s so awkward,” Samantha Karpenos ‘15 said. “Half the poses they tell you to do you never choose.”

Once seniors have been zipped up into the photographers’ oversize blue gown, they must position their hands just so in order to firmly grasp the corners of their graduation cap. One hand on the top, one on the bottom, with the tassel tucked under the thumb in the back – it’s exciting, but hold on to your hat.

A senior portrait session would be incomplete without this crowd favorite. Using a portable table on wheels, the photographer will neatly bend and twist students’ arms and elbows until they are sitting comfortably with their chin in their first. Phase two involves looking away from the camera into a bright light source and freezing the facial features in a thoughtful gaze. As the photographer said, “Don’t smile. My boss loves this.”