Teachers reflect on completing their first year at Staples 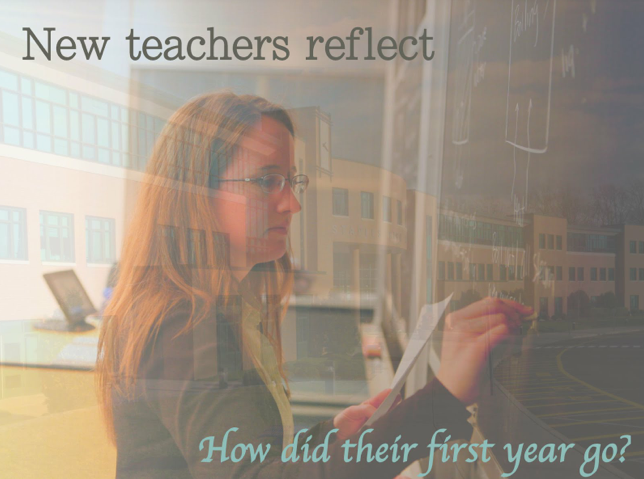 Wide-eyed and hesitant freshmen, backs hunched under the weight of far too many three-ring-binders, aren’t the only newcomers. New teachers definitely share the transition many 14 year olds have at Staples— a new place, with new people, and new expectations.

Before starting this year, many teachers had unexpected jobs. Thompson spent 10 years with an agricultural company and eight years in corporate America, at GE and Citibank.
Leslie Hammer, a new guidance counselor, has a unique backstory. After college, she worked in publishing in New York and London until her first child. She was a full-time mother before going to graduate school.

“The culture is definitely way different. Both situations were great though,” says Thomas.

They credit their Staples success to their peers.

Danielle McRedmond, a history teacher at Coleytown Middle School for six years, called adjusting to high school “easy.” She was “instantly welcomed into the department.”

“I am truly grateful to ​work with such fabulous colleagues,” McRedmond says.

Karen Thompson, a Biology teacher, is likewise amazed by the Staples community. “I feel like I have known some of my colleagues forever,” Thompson says.

Cody Thomas, an English teacher for both juniors and freshmen, relates.

“I’m not sure I could’ve survived my first year without [my coworkers],” says Thomas.

Above all, teachers remember fondly the moments when paperwork was put aside and lighthearted laughter bubbled to the surface.

Like when Thomas had a junior who did a “flawless imitation of Daniel Day Lewis in The Crucible, with impeccable timing.”

“I was literally keeled over in laughter,” Thomas says.

Or when McRedmond, who will be on maternity leave next year, remembers students’ behavior during her pregnancy.  Six months into her pregnancy, one of McRedmond’s freshmen asked her “when are you going to start getting fat?” McRedmond calls it an innocent question, definitely not negative.

“[She] was just curious… but needless to say the whole class got a great laugh that day.”

From the students to the teachers, Thompson sums up her experience with a single sentence: “I feel like I am part of an extended family.”