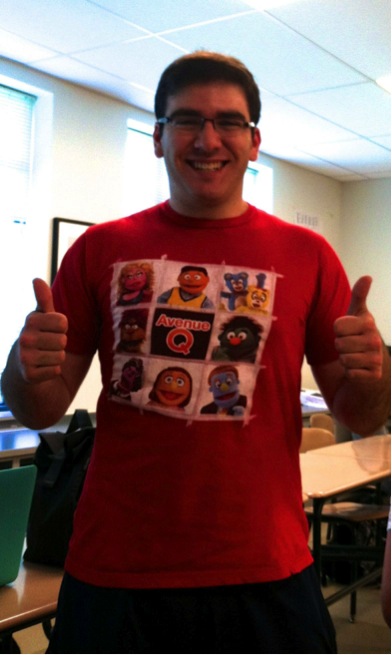 Everett Sussman ’15 was announced the winner of Rotary Club’s Four Way Speech Contest at the district finals in Mystic, Connecticut on Saturday, May 3. Sussman spoke about different systems of education, specifically the STEAM model versus the STEM model of education.

As an active member of Staples Players, as well as a gifted math student, Sussman is well-versed in the topic. Specifically, he spoke about the contemporary issue of funding for theater and “the increased emphasis” on engineering classes in middle school, something he considers incredibly relevant to the Westport school district.

The Rotary Club’s Four Way Speech Contest is a competition that started off at the school level, during the lunch waves at Staples’s LMC. As students advance with their wins, they move on to the regional level, and then, if successful, the state finals in Mystic.

At each level the speeches were graded on a scale from 1-7 by rotarian judges. Depending on the level, one winner or the top three speakers would move on to the next stage.

Sussman believes his passion for both the arts and the hard sciences was something that helped him to perform the speech as well as he did. As for advice for future speakers, Sussman recommends students “dress up nicely, have the speech memorized, and really consider the speech as a scene to be acted.”

Confidence and clear speaking are essential for  a successful speech, Sussman says, as well as truly believing in what you are saying. Sussman hopes to post an online tutorial to help future speakers succeed as he did in Mystic.