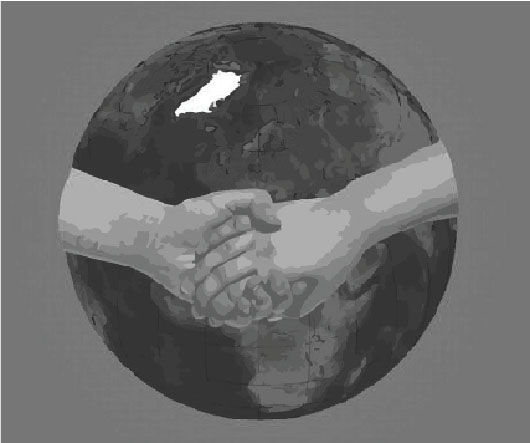 Back in the days of colorful crayons, multiplication tables, and PB&J’s, life appeared a breeze, and friendships were no exception.

In fact, back in those grade school days, friendship was a matter of convenience more than anything else. Your BFFL was often the girl next door, the boy on your bus, or whoever sat nearest to you in class.

But as we have grown older, and multiplication turned into multivariable calculus, the friendships that stood the test of time often haven’t carried their conveniences with them.

The girl next door has since moved to another house, town, state or even country. Instead of meeting neighborhood friends on the bus to school, you may find yourself next to a kid from Massachusetts on the bus to sleepaway camp.

So what happens when your BFF is suddenly your BFF who lives 4000 miles and a six-hour plane ride away? While it may seem impossible, many students have managed to preserve relationships with far-away friends.

Sophie Rosen ’15, for instance, had lived around the corner from her best friend Fiona Newsome for as long as she could remember.

“We were super close since kindergarten,” Rosen said. “We even had a declared seat in the back of the bus that we sat in every day.”

Imagine her shock when in 8th grade, after years of shared sports, schoolwork, and sleepovers, Newsome announced that her family was moving to her parents’ home country of Ireland.

“I kind of thought she was kidding,” Rosen recalled. “How could my best friend move to another country?”

“I thought it was going to completely throw our friendship upside down,” Jacobs admitted.

Rosen too was concerned about how the vast distance would test her friendship with Newsome, but it didn’t take long for both girls to see that it would take more than an ocean to drown their bonds.

Both girls keep in contact with their long-distance friends over Facebook, Snapchat, Skype, and other social networks, talking nearly every day. They have also both since made the long journeys to visit their respective friends’ new homes.

But what exactly makes this connection strong enough to last? Rosen concluded that defining a good friendship–distanced or not–is simple.

“If something happens, you always want to tell the other person,” she said.  “Just because they’re not physically next to you, you don’t forget about them being there to talk to.”

Such successful friendships are not uncommon. According to a study by University of Tennessee, as many as 90 percent of Americans have at least one long-distance friend.

While Rosen and Jacobs both formed these friendships long before they were separated, other students start friendships already knowing that someone lives far from them.  Summer camps and programs like Teen Tours have become a common ground for students to form friendships with teens from all over.

Jacob Nadel ’15, who has attended Long Lake Camp for the Arts in upstate New York for the past two summers, has developed many such relationships with friends from a plethora of locations, including Russia, Las Vegas, Florida, Chile, and Maryland.

Nadel admits that their geographical differences can be hard to bridge.

“I talk to them as much as possible, but I rarely, if ever, see them in person,” he said.

However, he knows that their common memories and interests are what keep their friendships strong.

Whether a friendship develops over six years or six weeks, connections can become steadfast, and separation can be trying. Kindling a truly special connection is no easy feat.

“Take time out of your day to talk to them, even if you’re just saying hi,” Jacobs advised. “It keeps both of you knowing that your friendship means something to you.”

“Distanced friendships are like any long distance relationship,” Rosen agreed. “It’ll only work if you’re both totally committed and really care about each other.”