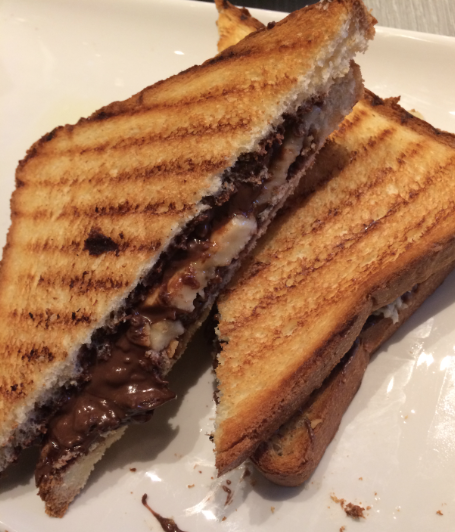 The “Challahback” Panini at The Granola Bar

For those of you who won’t be going on a tropical vacation this holiday break, have no fear, despite common belief, there actually ARE some fun things to do in Westport!  Here are the four I could think of…

Ok.  So this might not be THAT fun, but it just might pay off in the long run.  If you’re home, let’s be honest, it’s a long break, so you might as well start making those Spanish vocab flash cards (there’s going to be a lot of them) and organizing your math tests according to unit.  Midterms start six days after winter break ends (hate to break it to you), so this is definitely the smart play; however, most of you will probably just end up cramming the night before by literally rereading each and every worksheet that was ever given to you on the subject, and that’s on you.  Don’t say I didn’t warn you though.

This is actually fun, especially if you go with a big group.  Christmas songs warming the cold air that nips at your nose as you tentatively attempt to create some sort of motion without falling, what could be better? Seriously though, it’s as close as you’re going to get to being like Buddy and Jovie in “Elf”, skating at Rockefeller Center on their first date (hands down the best scene of the whole movie).

There are some great movies out at this time of year.  If you haven’t seen “Catching Fire”… Go.  Even Miley Cyrus admits she wants to see it in a tweet that was recently deleted: “I wanna see the new Hunger Games but that means I’ll have to look at my ex for two *#$%ing hours.”  Lucky for you, you don’t have this problem!  And if you’re too lazy to make the trek to the movie theater, snuggle up by the fire and watch holiday movies.  Some of the best include: “Home Alone 1”, and 2 (NOT 3), “Four Christmases”, and, as mentioned before, “Elf”.

This is an absolute must.  In case you don’t already know this new restaurant that has been deemed the new Pinkberry from the influx of instagrams, it has been thriving.  A fan favorite is the Nutella Panini called “Challahback” which is packed with smooth nutella, sliced bananas, mixed oats, and sprinkled cinnamon, all smothered in honey and sandwiched between challah bread.  If that description doesn’t make you want to go, I don’t know what will.  It’s easy to get to too—it’s right off the Post Road in the Playhouse Plaza.  There are absolutely no excuses for not going there if you are home over break.  Let’s be honest, there’s not much else you can do.