Getting over the hump of the week 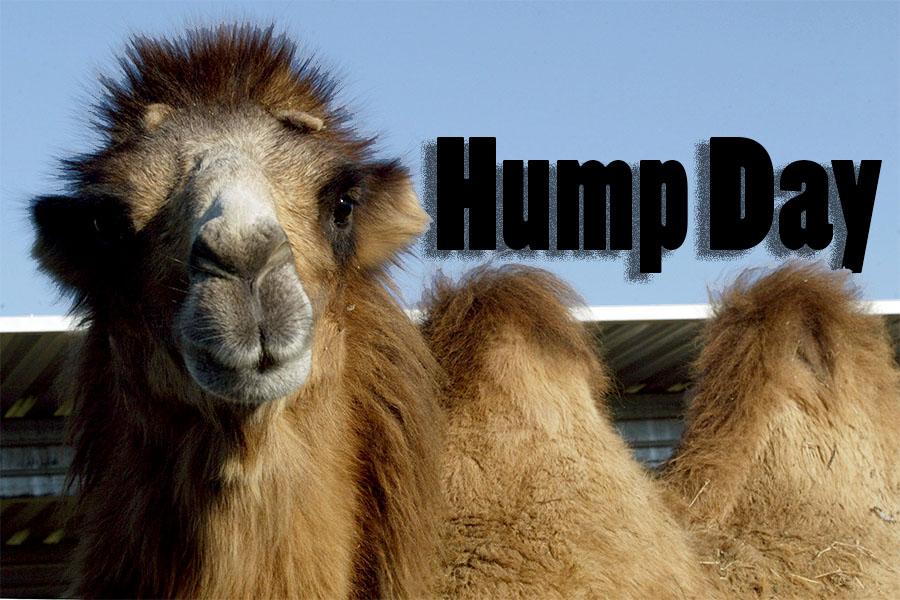 Although some see Wednesdays in a positive light, for others the day is still a letdown compared to Friday.

Wednesday: the third weekday that derives from the Middle English word Wednesdei. This day, being observed as a fast day for the Eastern Orthodox Church and associated with the color green in Thailand, has a rather different meaning in North America.

Urban Dictionary defines it as the “The absolute BEST day of the week, the day of maximum hope that maybe, you might make it out of this week alive.”

But is Hump Day really the greatest thing imaginable? Is it the dream cure to the common case of stress?

Librarian Robin Stiles thinks so. “You’re on the downward hill slide after that,” she said with enthusiasm. Stiles commented on how because of this downward slide, she feels more motivated to finish the week strong because she notes, “the weekend’s coming.”

Others, however, don’t feel as positively towards this weekly holiday.

Lauren Silverstein ’16 is an example. She would rather be farther past the hurdle than directly on it. “I think it’s Friday, but then I realize that it’s only the middle of the week,” she said. “And then I get upset.” Silverstein also credits her negativity towards Wednesday in how she has a poorly arranged schedule on post-hump days.

Then some people consider Wednesday to be just another day of the long week. Tati Morales ’15 describes herself to be “kind of indifferent towards it.”

Hump Day might bring about mixed emotions, but ultimately, the overall majority vote for the truly best day of the week is, as Rebecca Black and interviewed sources make very clear: Friday.